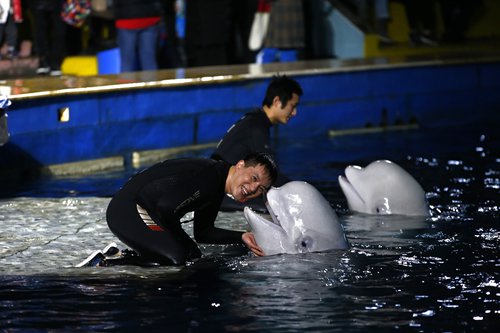 Tamers bid farewell to two beluga whales at their last show in Shanghai Chang Feng Ocean World on Thursday. They will be sent to a reserve in Iceland in April. (Photo: Global Times)

Two beluga whales gave their final performance at a Shanghai aquarium on Thursday before they are sent to a reserve for whales in Iceland.

Having lived in Shanghai for 15 years, "Little White" and "Little Grey," the two female beluga whales, will be isolated and quarantined before their journey back to their natural habitat in April.

Many of the audience members were reluctant to leave the venue after the show. Some of the fans had been buying annual passes for five or six years to watch the whale performance.

Since June 2018, "Little White" and "Little Grey" have been undergoing special training to prepare for the upcoming journey and the marine environment in the northern Atlantic, according to the Ocean World aquarium.

For instance, they were trained to feel comfortable with the devices that they might meet during transportation. They were also trained to swim quickly to adapt to the streams and waves in the new water.

Meanwhile, the employees have also adjusted the whales' diet, feeding them more herrings and capelins. After a few months, the whales have each put on about 90 kilograms.

The newly added fat will help protect them against the cold water in Iceland, an employee told the Global Times.

Beluga whales have their own personalities. According to the ocean park, "Little White" was a little bit shy but also more intimate with the tamers. "Little Grey" had a more playful and curious nature.

In April, the whales will be sent to Iceland, 9,000 kilometers away from Shanghai, by a Boeing 747-400ERF cargo operated by Cargolux. Their photos and names have been painted on the plane. The journey will take 30 hours.

The whales' new home is the world's first open water natural reserve for beluga whales built by Sea Life Trust. "Little White" and "Little Grey" will be the first residents of the reserve, according to the aquarium. 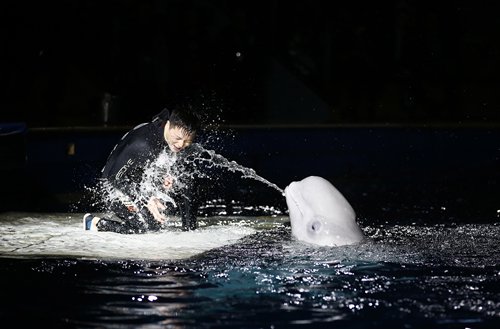 A whale plays with a tamer. (Photo: Global Times) 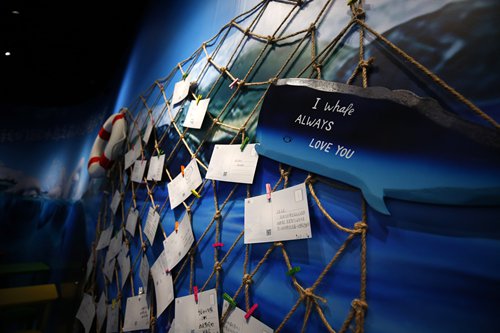 The audience writes down their wishes for the whales. (Photo: Global Times) 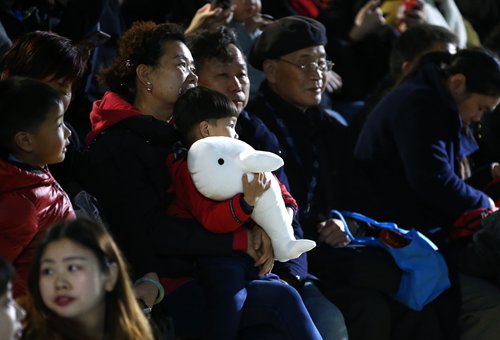 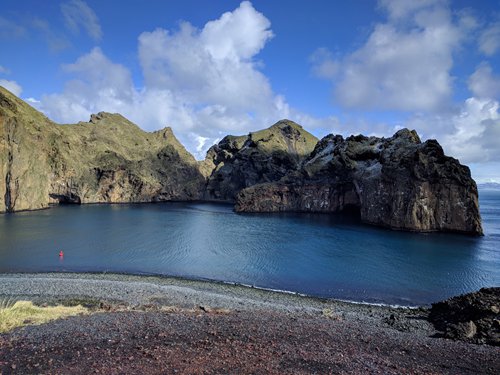