Shanghai saddling up for talent showcase

As a latecomer to equine sports, China is making an effort to produce more world-class riders and explore the nation's huge market potential. 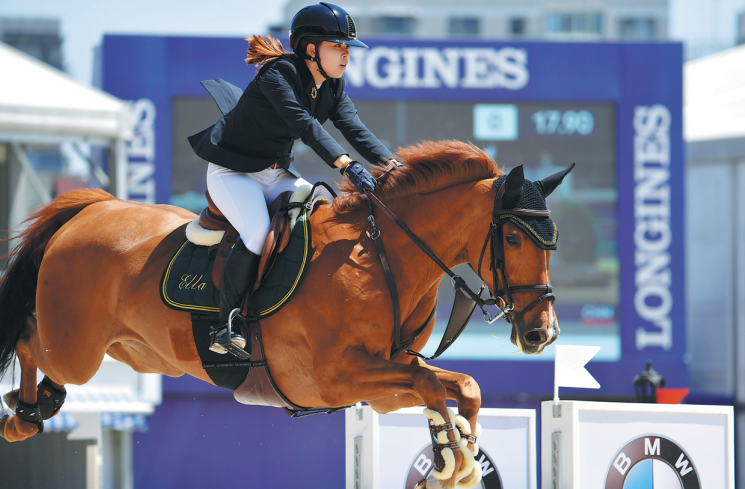 The May 3-5 Shanghai stop on the Longines Global Champions Tour is one of the world's top show jumping events and has become an annual equestrian gala for competitors and fans alike. (Photo: China Daily)

Chinese rider Alex Hua Tian's eighth-place finish in eventing at the 2016 Rio Olympics underlined the need to boost equestrian development in China by introducing more homegrown riders to the public.

The latest effort is the May 3-5 Shanghai Longines Global Champions Tour, one of the world's top show jumping events, which will feature many of the global elite.

As a CSI level-five meet sanctioned by international governing body the FEI, the sixth edition of the Shanghai showcase is the fourth stop on this season's 20-leg Longines Global Champions Tour.

Since debuting in 2014, the Shanghai meet has grown into an equestrian extravaganza, combining the three-day competition with a celebration of the equestrian industry and culture.

Jan Tops, founder and president of the Longines Global Champions Tour, described the Shanghai stop as "the most delicate and elegant" event of the whole season.

But more is needed to boost the sport's profile in China.

According to The Paper website, there are about 78,000 national level equestrian meets and 10,000 international events around the world each year. Until 2015, less than 50 events were staged in China annually, but that number has been steadily increasing, with the Shanghai Longines Global Champions Tour leading the way.

China has also boosted its investment in the equine industry, and more parents are encouraging their kids to join riding clubs.

There were about 906 equestrian clubs in China in 2016, but that number increased to 1,452 by the end of 2017, according to data from the annual China Horse Fair.

"Equestrian is not like other sports that can easily create stars. Whether competing in a race or joining in equestrian training, the foundation will always be equestrian culture.

"The priority is to get more riders and spectators in China to understand and embrace equestrian culture."

A 50 percent discount is being offered to people taking their children to the show.