CULTURE Sharapova, Wozniacki to meet in 3rd round at Australia Open

Sharapova, Wozniacki to meet in 3rd round at Australia Open 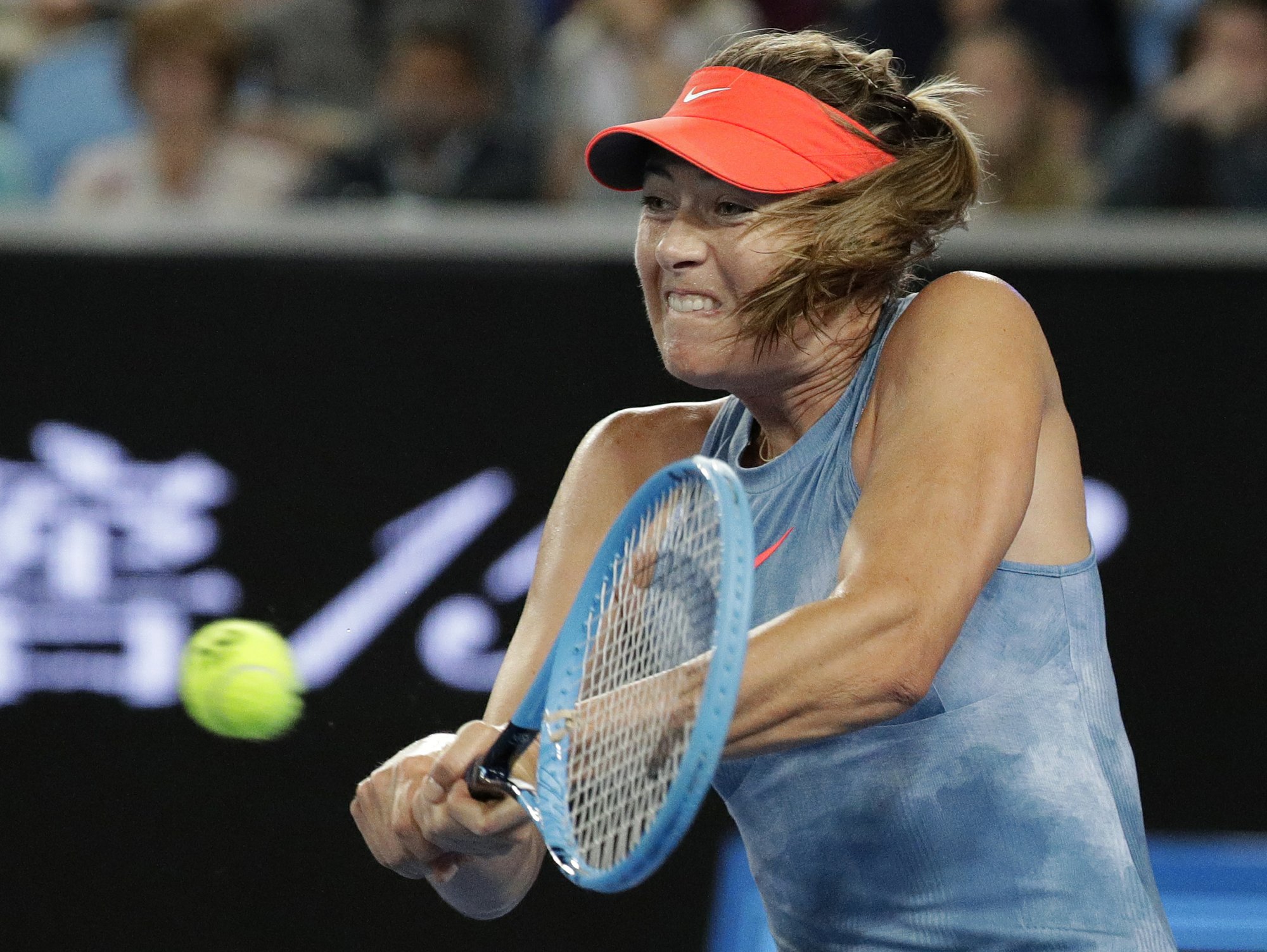 A side effect of not playing much for Maria Sharapova is the likelihood of having to face highly ranked rivals in the first week of a major.

It doesn’t come much tougher in the third round than a match against the defending champion.

That’s the equation at the Australian Open after Sharapova and Caroline Wozniacki beat Swedish players in straight sets on the same court — technically on different days.

The third-ranked Wozniacki had a 6-1, 6-3 win over Johanna Larsson to finish the day session on Margaret Court Arena before the sun went down. No. 30 Sharapova finished off Rebecca Peterson 6-2, 6-1 a half-hour past midnight, having waited for a five-set men’s match to finish.

“It’ll be a tough one but I’ve set up the challenge — willing to go out there and take it,” Sharapova told the crowd, after reminding them it was well past her bed time.

Sharapova leads 6-4 in career head-to-heads, but they haven’t played each other since 2015 and Wozniacki has won both previous times they have met at Grand Slams — in the fourth round of the US Open in 2010 and 2014.

Both players have been ranked No. 1, but Sharapova has won five Grand Slam titles, including two as a teenager. She won the Australian Open in 2008 and has reached the final at Melbourne Park three other times — all before Wozniacki won her first major title.

Still, she hasn’t been past the quarterfinals of a major since returning at the 2017 US Open after an absence of more than 1½ years because of a doping ban.

Asked if Wozniacki was the favorite to win, Sharapova chose her words carefully in response: “I mean, relatively speaking on paper, if you’re looking at numbers, yeah, absolutely.”

But while Sharapova concedes favoritism based on rankings, and that Wozniacki is more confident now that she’s won a major title, she’s got credentials that outweigh her seeding.

She didn’t play after a fourth-round exit at the US Open last September in order to give her problematic right shoulder a rest. And she retired during a quarterfinal match at a warmup event in Shenzhen, China, as a precaution against any further injury.

“If I’m looking at the past season, I only played 11 tournaments. What I really wanted was matches,” she said. “Yeah, I want to be playing the top players. When you’re 30 in the world, 31, whatever I am right now, I’m going to be facing a top player in the third round. That’s the way the seeding goes.