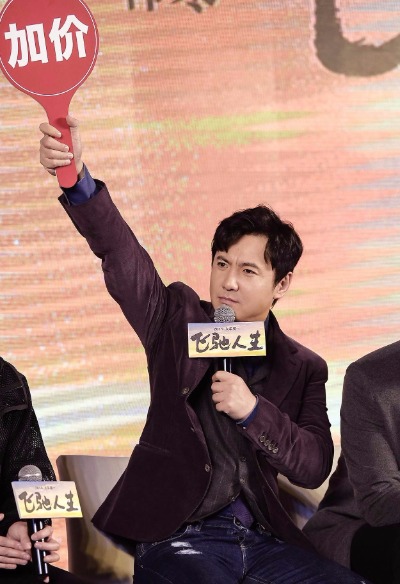 Shen Teng attended a Beijing promotional event which held an auction of some of the film's props and costumes. (Photo: China Daily)

As one of the country’s fastest-emerging stars, actor Shen Teng will see his new comedy contend for audience attention during the 2019 Spring Festival holiday, one of China’s most lucrative box-office periods.

Directed by novelist-turned filmmaker Han Han, Fei Chi Ren Sheng (To Live Like Racing) will open on the first day of the holiday, which will fall on Feb 5.