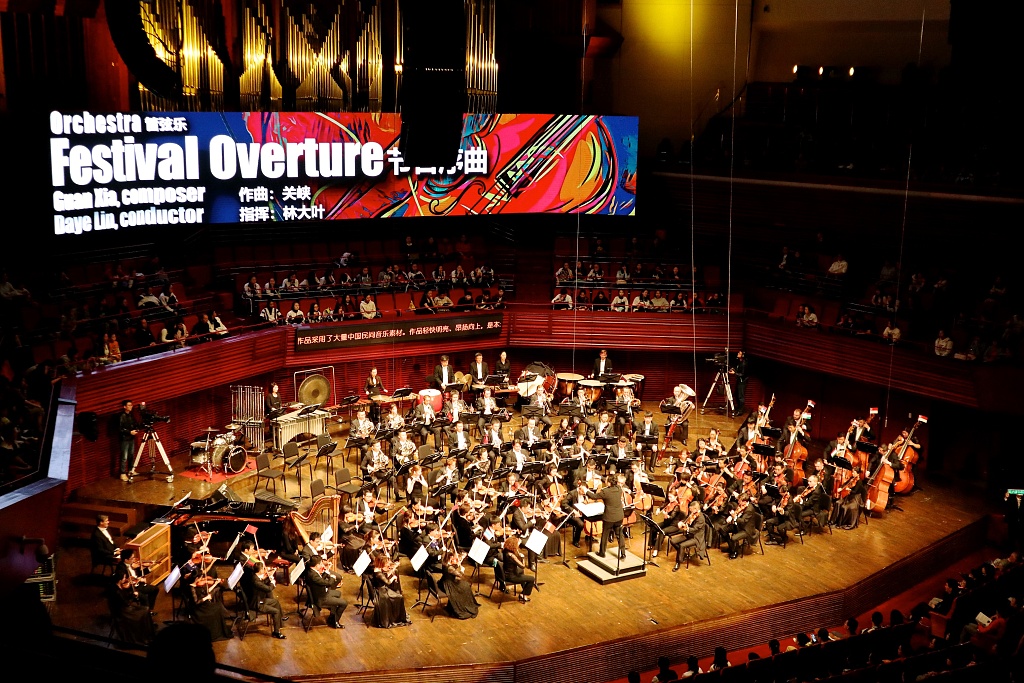 Sunday saw the start of a feast of international music in Shenzhen, as the southern metropolis looks to boost cultural exchanges among the countries involved in the Belt and Road Initiative.

The 2019 Shenzhen Belt & Road International Music Festival opened at the Shenzhen Concert Hall with a concert featuring musicians and artists from Georgia, Qatar, Vietnam and Indonesia, among others.

It is the third time that Shenzhen has hosted the international music festival since its official launch in 2017.

More than 800 well-known musicians and artists from over 40 countries and regions will perform during this year's event, which will run through April 14, presenting local audiences with 21 concerts.

British musician, Alma Deutscher, is the youngest of the artists taking part in the festival. The 14-year-old impressed the audience at the opening concert by giving an improvised performance based on her understanding of the famous Chinese children's song, Little Swallow.

The festival is part of Shenzhen's efforts to increase participation in the Belt and Road Initiative and build itself into an international pioneer city in the cultural and creative sectors.

Shenzhen is a member of the UNESCO Creative Cities Network, with culture and creativity as important factors in the city's urban development, Francesco Bandarin, special adviser to the UNESCO director-general, says in his congratulatory letter to the music festival.

While Shenzhen is creating miracles in its economy, it has achieved marvelous results in its cultural and creative programs, which have added new charm to this vibrant young metropolis, he says.

"With the theme of connecting China to the world, the festival has created a wonderful chapter for cultural exchanges among nations and showed Shenzhen's devotion and commitment to cultural undertakings," Bandarin says.

"It will further strengthen the city's soft power, and make Shenzhen a city that's well-known for its creativity and culture globally, so as to play an ever-bigger role in promoting cultural exchanges among countries and regions along the Belt and Road, and around the world as a whole."

Egyptian artist Hassan Moataz el-Molla adds: "Music is a bridge linking different societies and peoples. It is also a very important tool in promoting mutual understanding, trust and cooperation among countries. It has an unlimited meaning to the world.

"Shenzhen is an open city and also an important participant in the Belt and Road Initiative. Holding the music festival in such a special city is of great significance."

Norah Amsellem from France agrees, noting: "It was a very good idea to launch the Belt and Road music festival. It will help promote the culture and art of different countries."