BEIJING, April 1 (Xinhua) -- Dwight Buycks and Kenny Boynton combined for 47 points while Shenzhen grabbed a road win of 94-83 over Beijing to tie the best-of-five series 2-2 in the quarterfinals of the 2018-2019 Chinese Basketball Association (CBA) league on Monday night. 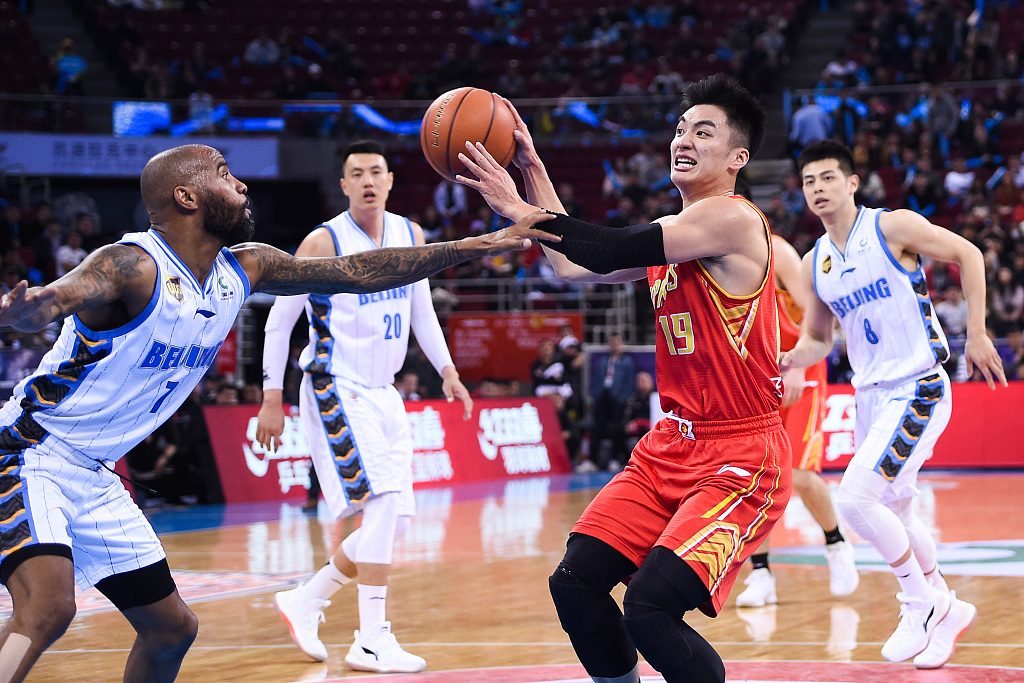 The game between Shenzhen and Beijing teams in the 2018-2019 Chinese Basketball Association (CBA) league on April 1. (Photo: VCG)

Beijing led early but went cold as Shenzhen took control. thanks to a gritty defense, Shenzhen outscored their rivals and got a six-point lead in the first quarter.

Beijing ended scoring drought with a 6-0 run. However, Buycks beat the shot clock with a 3-pointer that gave Shenzhen a 39-35 lead into the halftime.

Shenzhen hit four 3-pointers from beyond the arc to seal a double-digit lead before they missed a string of field goal attempts in the third period.

The outcome was decided in the fourth, when Beijing did get the deficit to single digit, Shenzhen woke up from their slumber. Gu Quan and Boynton spurred a 16-2 run as they regained control and collected a tough win by 94-83.