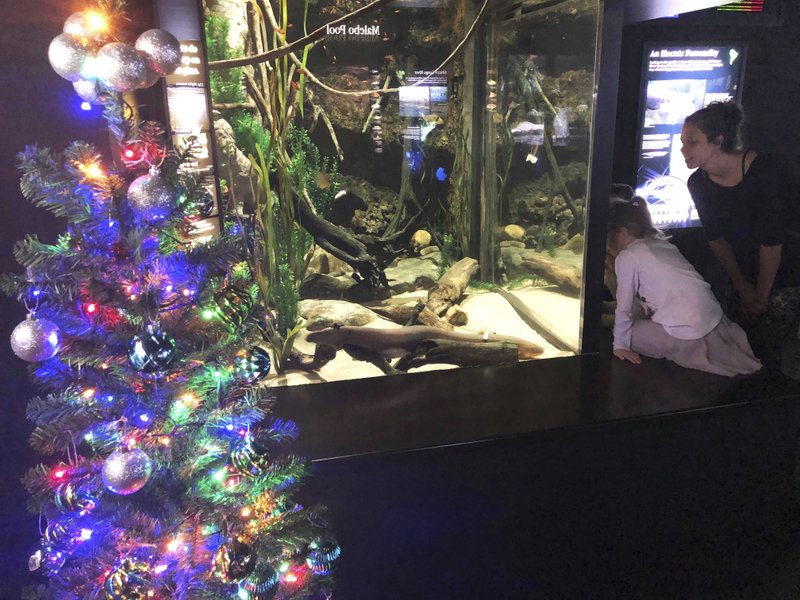 Visitors to the Tennessee Aquarium may be shocked to learn that an electric eel named Miguel Wattson is lighting up a Christmas tree.

A special system connected to Miguel’s tank enables his shocks to power strands of lights on a nearby tree, according to a news release.

Miguel releases low-voltage blips of electricity when he is trying to find food, aquarist Kimberly Hurt said. That translates to a rapid, dim blinking of the Christmas lights. When he is eating or excited he emits higher voltage shocks which cause bigger flashes.

Wattson has his own Twitter account where he shares tweets generated by his sparky self, courtesy of coding by Tennessee Tech University’s iCube center.

“They combined electrical engineering and emerging business communication to give the eel a voice,” center director Kevin Liska previously said in an aquarium statement.

In between Miguel’s tweets boasting statements like “SHAZAM!!!!” and “ka-BLAMEROO!!!!!,” a video posted to the account shows Miguel shaking in his tank as lights on the nearby tree sputter on and off.

The aquarium hopes the Christmas tree will spark love and appreciation for the unusual freshwater fish.