Show of K-pop group dropped amid anger over panda mishandling 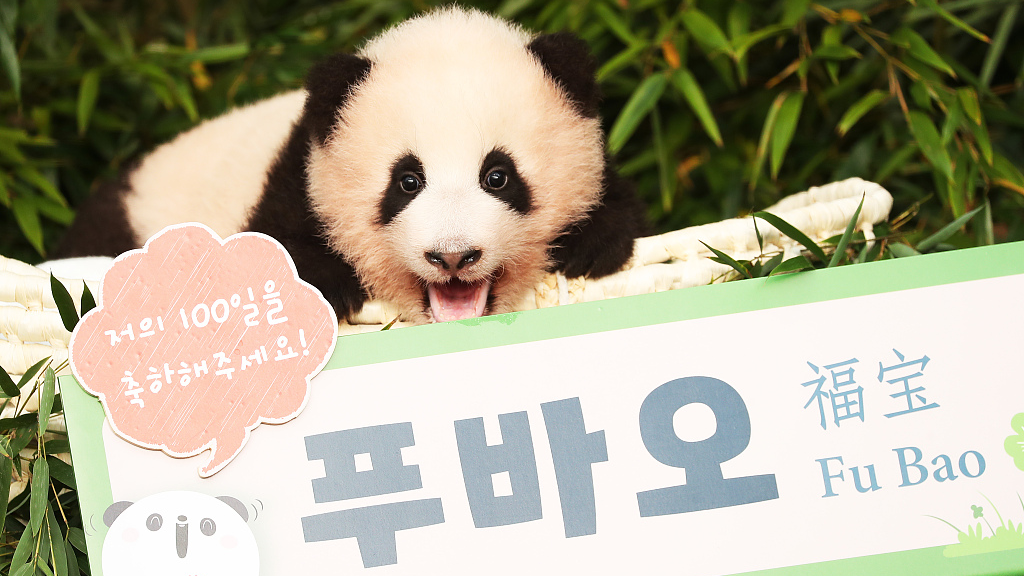 The last episode of a reality TV show featuring a K-pop group was not aired as scheduled on Saturday after the singers courted backlash for touching pandas during filming without taking the necessary precautions to protect the vulnerable species.

The show, "24/365 with Blackpink," takes audiences to the behind-the-scenes of the life of the South Korean all-girl group, but the finale did not air after the trailer showed the group members mishandling two pandas, angering Chinese netizens.

The trailer, released on November 4, shows two singers touching the face of an adult panda at the Everland Zoo without wearing gloves, while another held a cub in her arms while wearing makeup in breach of established guidelines to handle the black-and-white bears.

Chinese social media users criticized the singers for endangering the safety of the pandas and the topic soon began to trend online.

On Thursday, the China Wildlife Conservation Association said that the zoo had violated the professional requirements for panda protection and urged it to prevent non-professionals from getting close to the panda cub.

The zoo welcomed Fubao, the first panda to be born in South Korea, on July 20 this year. She is the daughter of Aibao and Lebao (Huani and Yuanxin in China), who arrived in South Korea in 2016 on loan from China for 15 years.

Responding to the criticism, the zoo and the pop group in a joint statement on social media, clarified that "the members wore protective gloves, masks, and suits at all time" when handling the baby panda and had their "hands and shoes disinfected" between scenes.

They also announced that the show would not air on Saturday as scheduled out of respect for international cooperation conventions and the recommendation from experts that "non-experts coming in close contact with baby pandas could cause various levels of misunderstandings."

China has strict guidelines to protect the safety and health of pandas loaned to zoos around the world. Only professionals such as caregivers, breeders and veterinarians are allowed to get in contact with the animals to minimize their exposure to bacteria or viruses carried by humans, according to staff from Chengdu Research Base of Giant Panda Breeding.

Breeders are also not allowed to raise pets at home as pandas are vulnerable to canine distemper, an often deadly disease that affects many mammal species, from foxes to ferrets and big cats. It was reported that the members of the K-pop group have pets.

Staff is also prohibited from wearing makeup and must put on masks when touching pandas.

Experts say panda cubs can meet the public when they turn at least five months as they develop a stronger immune system and can walk and eat by themselves. Fubao, who is only three months old, lives at a special residence set up inside the zoo, which is closed to the public.