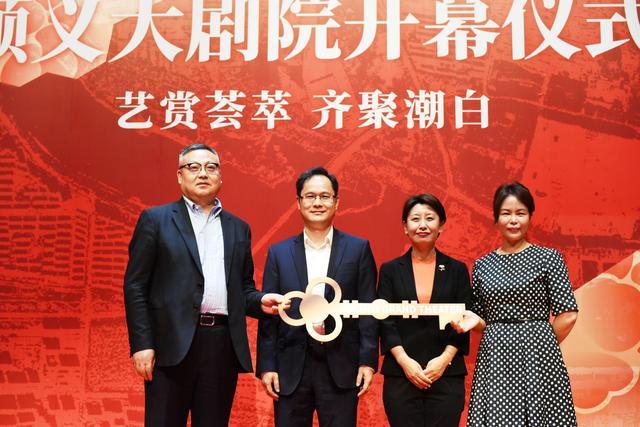 As an inseparable part of the cultural development in Shunyi, the theater, together with its library, cultural center and museum, aims to help locals enrich their cultural life.

The theater made its debut with a national opera "Yimeng Mountain Range". The performance is a tribute to the revolutionary heroes based on real stories from Yimeng during the War of Resistance Against Japanese Aggression (1931-45).

"I'd been waiting for this moment for a very long time," said an audience member surnamed Liu from Shunyi, who took her seat in the theater to watch the opera.

Another opera "Nice to meet you" targeted at children was also staged Sunday. It is a humorous and heart-warming story of a parent-child bond that forms from dinosaurs.

The theater attracted hundreds of viewers with its operas and other musical performances. Following the move of the city's Tianqiao Performing Arts Center in Xicheng district, the theater will take advantage of its geographical advantage to foster the cultural development in the northern part of Beijing, said Wang Long, the managing director of Shunyi Grand Theater.