Everlasting Flavors is a series profiling the condiments, sauces and spices that define Chinese cooking. 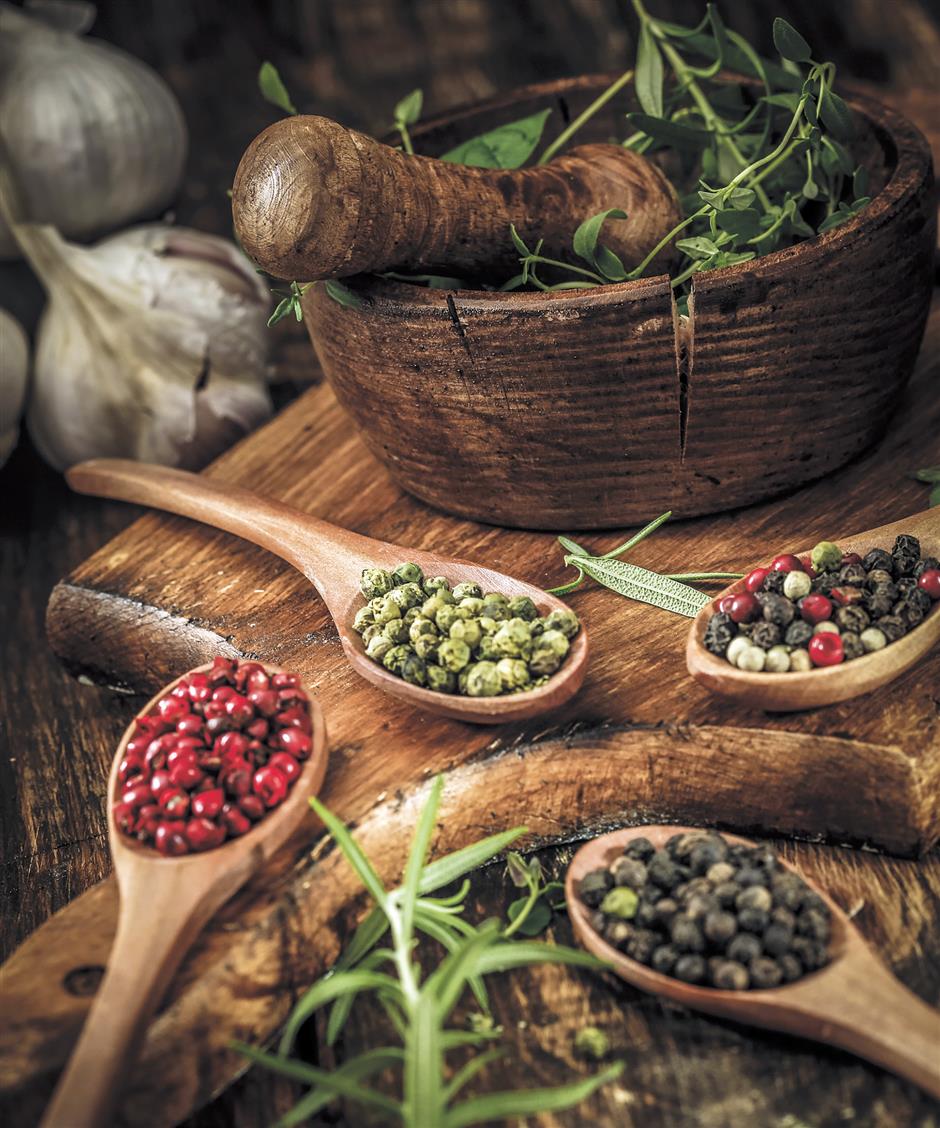 Tongue-numbing and pungent, although Sichuan peppercorns are not palate-friendly if you chew one by accident, the unique spice plays an essential role in Chinese cooking.

As a staple in Chinese pantries, Sichuan peppercorns, also known as huajiao, are not only a spokesperson for spicy Sichuan cuisine, but also a secret weapon that brings vibrancy to the simplest dishes.

Take green vegetables as an example. Frying a few Sichuan peppercorns in oil prior to adding the vegetables can boost the flavor significantly. Although you don’t actually eat the peppercorns, the fragrance lingers in the vegetables.

“Sichuan peppercorns are essential in everyday cooking, I think a few of them can make a big difference in the flavor of the dishes, and I’m addicted to the numbing sensation in Sichuan-style cooking that’s created by the peppercorns. It brings more depth and makes ordinary foods more interesting,” said Wu Li, who loves to cook with Sichuan peppercorns.

Sichuan peppercorns are often incorporated in sauces, brines and marinades to enhance flavor as well as removing any undesired smell and taste in meats and fish.

Though Sichuan peppercorns are among the oldest spices used by Chinese people, in the beginning they weren’t used in cooking. 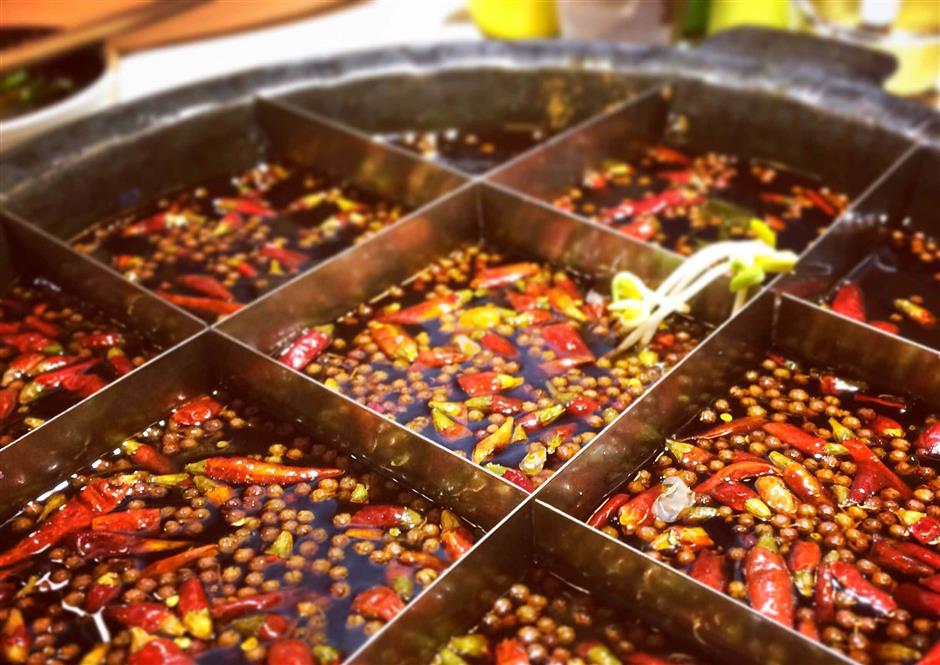 The earliest record of Sichuan peppercorns was in “Shijing,” the “Classic of Poetry” dating from the 11th to 7th centuries BC. During which time they were used as a token of affection.

In the Western Zhou Dynasty (1046-771 BC), Sichuan peppercorns were mostly used in rituals and worship ceremonies as well as exorcising evil spirits and in incense. In “Eulogies of Zhou” from “Shijing,” there is a verse that describes the fragrance of peppercorns as bringing peace and longevity.

The people of the Chu State during the Zhou Dynasty era developed a beverage called jiaojiu where they infused Sichuan peppercorns in wine. The drink was used in worshipping ceremonies.

In 1986, a large number of copper-made yaoqianshu, or money trees, were unearthed in the Sanxingdui archeological site in Guanghan County. Some believe that the Sichuan peppercorn tree was the original form of the money tree.

A UNESCO World Heritage site, Weiyang Palace, built in the Western Han Dynasty (206 BC-AD 24), was the administrative center and imperial residence, and there was a Jiaofang Hall where the empress lived. The name Jiaofang translates as peppercorn hall, because the interior wall of the hall was painted with a mixture that included Sichuan peppercorns to prevent insects.

Sichuan peppercorns were even used in preserving corpses in ancient times alongside other spices and herbs, as they could help with pest control.

Spicy cuisine is a big part of Chinese culinary tradition, but chillies weren’t introduced to China from South America until the end of 16th century. For a long time, ancient Chinese people used mainly the sweet and salty seasoning in their food.

In Chinese cuisine, it’s important to note the difference between xin (辛) and la (辣), which refer to pungency and spiciness respectively. While la is created by ingredients like chillies, xin can come from ginger, garlic, scallion and cornel.

The tongue-numbing feeling gained from eating Sichuan peppercorns is not so pleasant, and ancient people even considered it a toxic reaction. It was not until the Southern and Northern Dynasties (AD 420-589) that Sichuan peppercorns were widely used in cooking as a spice.

In the Tang Dynasty (AD 618-907), Sichuan peppercorns were used in a lot of recipes and also as a tribute to the imperial court. People were addicted to the special fragrance and pungency of the spice.

It is said that before chillies made their way to China, about 22 percent of dishes added Sichuan peppercorns, and in the Tang Dynasty the percentage was close to 40 percent. 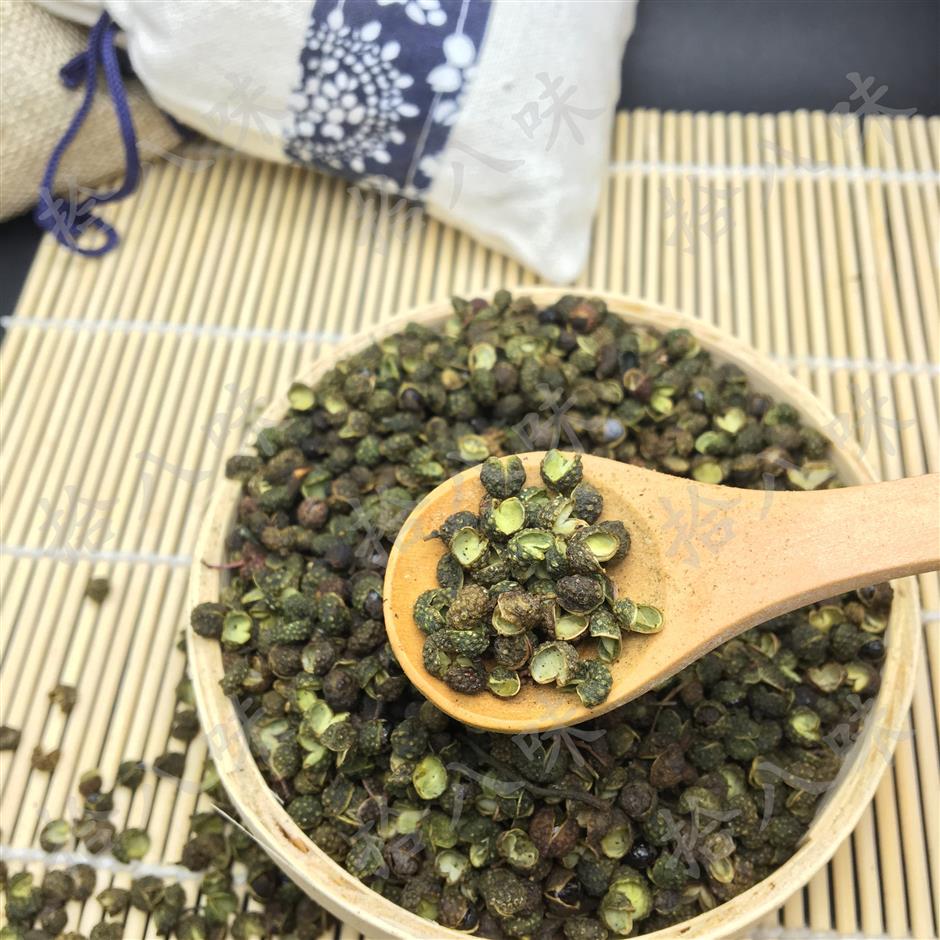 Majiao is much more pungent and numbing than regular Sichuan peppercorns.

Cooking with Sichuan peppercorns is simple and the flavor is easily infused into sauces, soups and ingredients.

In dishes such as spicy boiled fish, the peppercorns, dried chillies and minced garlic are added on top of the already plated dish, then some hot sizzling oil is splashed on top directly so there’s a burst of flavor.

Sichuan peppercorn oil is a condiment that adds the charming peppercorn flavor to dishes without using the dried spice. It can be drizzled in noodle dishes or cold salads. 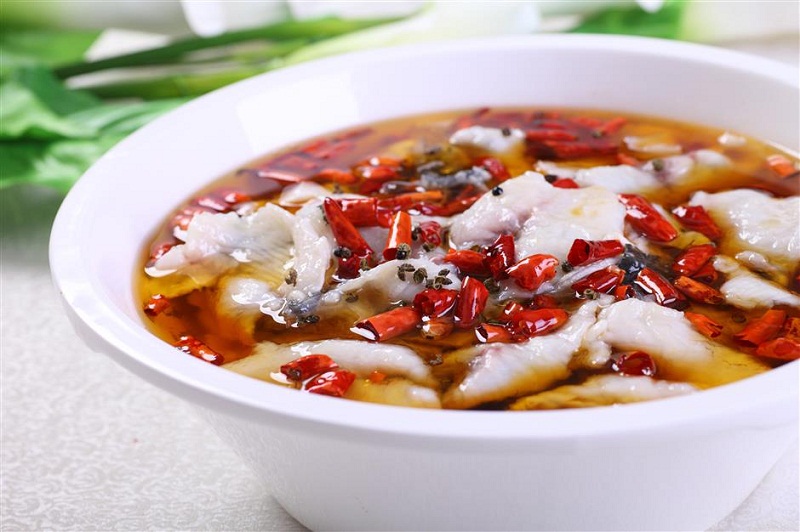 Sichuan peppercorns are loved by Chinese people for the vibrant and pungent fragrance they bring to dishes.

Jiaoyan, or Sichuan peppercorn salt, is a popular condiment used in meat and seafood dishes. It’s made by toasting salt and Sichuan pepper in a wok till browned, then crushed into fine powder.

You can also buy small packets of jiaoyan in supermarkets, although the aroma is not as strong.

The leaves of the Sichuan peppercorn tree are also edible and they are most commonly added in pancakes or steamed buns to give a stronger flavor.

Some people also deep-fry fresh peppercorn leaves after coating them with flour and egg to make a snack.

Majiao, the numbing peppercorn, is a variety with a dark green color. It’s much more pungent and numbing than regular Sichuan peppercorns and the feeling also lasts longer. Majiao is widely used in spicy Sichuan hotpot.

In recent years, the green peppercorn called tengjiao has become vastly popular. It’s more refreshing and less pungent than Sichuan peppercorns, and more people are loving tengjiao for the gentle heat it brings to dishes. This variety of peppercorn is especially good for making soups.