Austrian skier Ramona Siebenhofer claimed her first World Cup victory in a downhill Friday, with Lindsey Vonn finishing outside the top 10 in her return from injury. 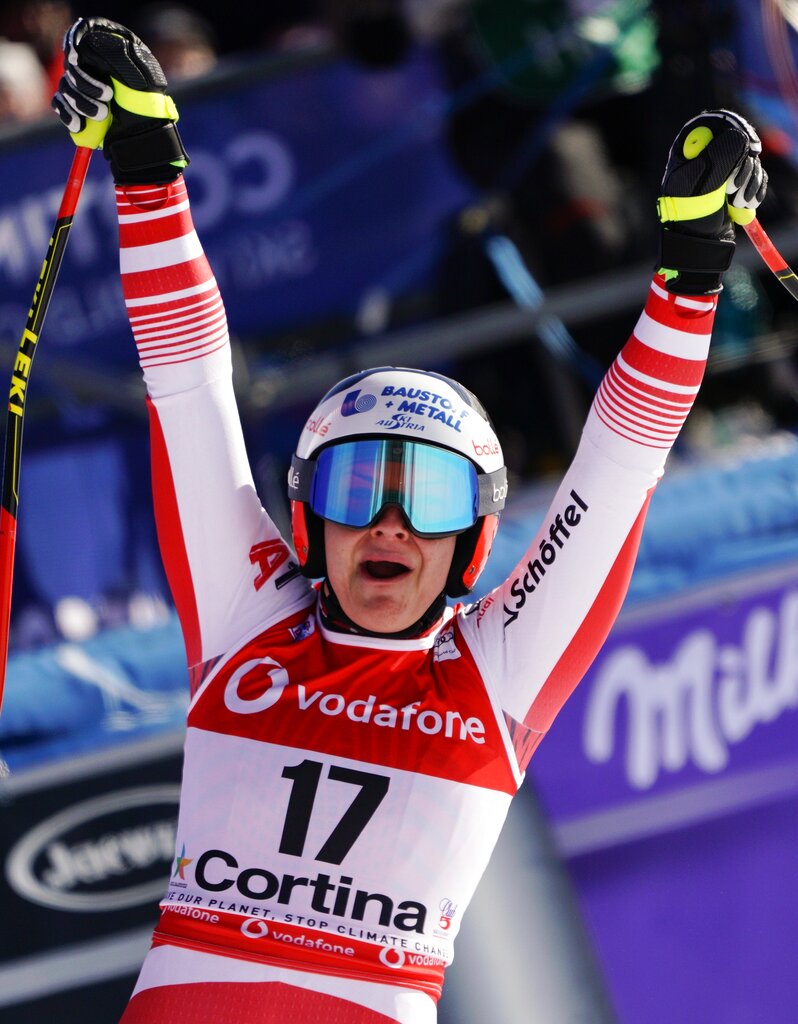 Siebenhofer finished 0.40 seconds ahead of reigning world champion Ilka Stuhec of Slovenia. Stephanie Venier of Austria was third, 0.46 behind.

Vonn, who was 1.19 behind, struggled on the upper portion of the sun-drenched Olympia delle Tofane course, getting bounced off her line.

"I just struggled with that one icy gate," Vonn said.

Results were not official yet as lower-ranked skiers were still coming down the course.