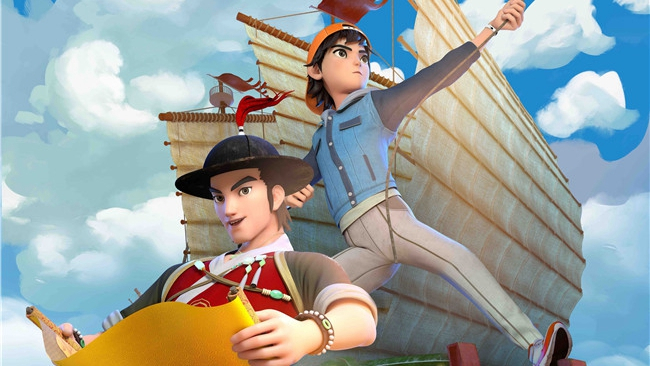 The animated series "Legend of the Silk Road," introducing historical stories about the ancient Silk Road trade routes, will be screened in China on Monday.

According to the chief producer Zhuang Dianjun, the first two parts of the series to air will focus on stories of two historical figures, Zhang Qian and Wang Dayuan.

The "Legend of the Silk Road: Zhang Qian the Envoy" tells about Zhang Qian, a royal emissary of China's Han Dynasty (206 B.C.-AD 220), traveling westward around 140 BC and opening the Silk Road, an overland route linking the East and the West.

The "Legend of the Silk Road: The Great Chart" tells the story about Wang Dayuan, a navigator in China's Yuan Dynasty (1271-1368) in the 14th century, making voyages along the coasts of Asian and African countries.

The animations present the historical, geographical, cultural and social conditions of ancient China exchanging with foreign countries, said Xue Jijun, chairman of the board of China International Television Corporation.

The two animation series will be translated into English and Arabic and circulated in the Belt and Road countries, Xue said.