CULTURE Silkworm crisps – A new spin on snacks in China

Silkworm crisps – A new spin on snacks in China 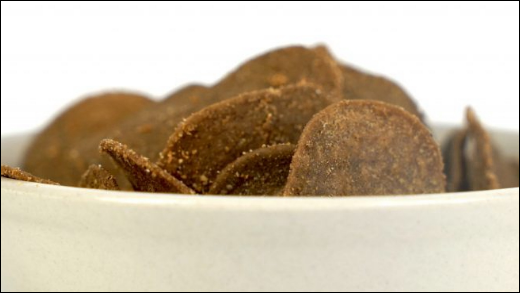 From silk factories and exotic street food stalls, silkworms are now crawling their way to Chinese store shelves. The bugs will be unleashed in China next week, but curious epicures expecting squirming worms need not cringe – the snack is just crackers with a spin.

Bella Pupa, touted as the first silkworm powder snack in the world and the first such insect-based product to be made in China, is the concoction of Bugsolutely, a Bangkok-based company that has been tapping into the growing interest in insects as cooking ingredients.

The idea of crunching on crickets, slurping worm soup, or nibbling on beetles might be indigestible for many, but entomophagy – or eating insects – is indigenous to many cultures and countries around the world, from Asia to Africa and Latin America. According to a 2013 report by the Food and Agriculture Organization (FAO), over 1,900 species of insects are part of the dietary habits of over two billion people worldwide.

But times are changing, and insects are slowly morphing from nuisance into cuisine essentials.

Arable lands on earth are shrinking, climate change is wreaking havoc in the agricultural industry, and an expanding population with an ever-growing food demand are putting a strain on natural resources. Wolfing down beef steaks or binging on bacon might not be sustainable in the long run – especially because of the cattle sector's heavy carbon footprint.

Insects, however, are superfoods in disguise – nutritious and eco-friendly. They are rich in fibers, vitamins, protein, minerals and fatty acids, and have a high feed conversion rate.

"Farming insects use up to 50–90 percent less land per kg protein, 40–80 percent less feed per kg edible weight and produces 1,000–2,700 g less GHGEs (Greenhouse gas emissions) per kg mass gain than conventional livestock," according to a 2015 study. The researchers found that 100 grams of beef contain 20.6 grams of protein, while the same quantity of crickets and mopane worms – moth caterpillars consumed in southern Africa – contains 20.1 and 35.2 grams of protein respectively.

Food startups are experimenting with grasshoppers and mealworms among other species to make them more palatable and remove the yuck factor associated with the consumption of these creatures that have long been cast as pest.

Insects nowadays are being coated in chocolate, turned into paste and in Bugsolutely's kitchens, they're ground into powder.

The company has introduced pasta made with cricket flour to the Thai market in the past, and its first foray into China is helping unlock more potential in the silk industry of the world's No. 1 producer and supplier of the luxurious fabric.

"Globally, 750,000 (metric tons of) silkworm pupae are farmed annually. Seventy-five percent of the silkworms are farmed in China. There aren't official statistics, but clearly, only a small part is eaten. The larger portion is dried and used as feed. And the lowest quality worms are used as fertilizer or waste," Bugsolutely Founder Massimo Reverberi told food industry website Food Ingredients First.

The snack, which snatched the Innovative Award at the Food & Beverage Innovation Forum in Shanghai in April this year, contains 20 percent of silkworm powder and Reverberi's swears by its nutritional value.

"Protein is up to 55 percent in the powder… It has double the iron (9.54 mg in 100 g powder) than found in an egg or beef, more than ten times the zinc and magnesium values than milk, and similar values of calcium and selenium," he said.

The company is treading in "uncharted territory," as Reverberi noted, being the first to introduce packaged insect snacks to the aisles of supermarkets in China, where critters are served up in certain provinces with well-rooted insect-eating heritage or mostly displayed on skewers in outdoor markets for the faint-hearted to take pictures next to.

"Chips are well fit to be a convenience store product in any country, and it also matches the ideal target of bug eaters: young people," Reverberi told Food Ingredients First.

"Insect foods have different obstacles to overcome, depending on the region, but they make so much sense, that it is just a matter of time before they become a mainstream ingredient," he was quoted as saying – and numbers are on his side.

Bella Pupa is hitting the market next week, just in time for World Food Day, which will be marked on October 16 under the theme "Our actions are our future. A zero hunger world by 2030 is possible" – a happy coincidence to perhaps reassess assumptions that bugs are bad.