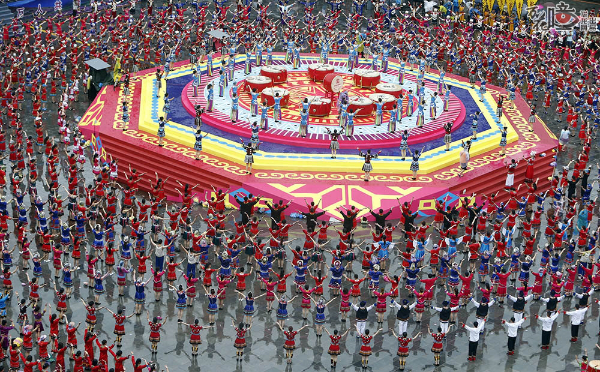 The Caihuashan Festival, also known as the Valentine’s Day of the Miao people, is a grand and traditional Miao festival that has its roots in courtship rituals, where young men and women meet and get to know one another by singing and dancing together. In terms of importance, the festival is second only to the Miao Lunar New Year.

The festival has become increasingly popular with the support of the local government, which emphasizes the importance of promoting minority cultures, and also stands as a vibrant symbol of tourism in Pengshui autonomous county. 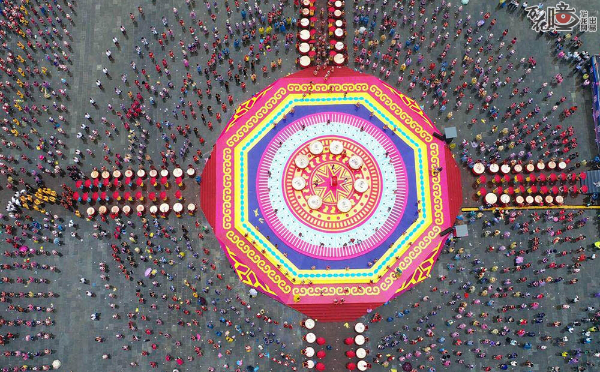 An aerial view of the Miao people dressed in traditional clothing looks like a colorful flowing river of humanity.[Photo provided to chinadaily.com.cn] People dance in an orderly formation with uniform movements to symbolize their joy.[Photo provided to chinadaily.com.cn] At every Caihuashan Festival, the Miao students of Pengshui county dress up and participate in performances. For them, the festival is not only a performance, but also a unique part of Miao ethnic culture.[Photo provided to chinadaily.com.cn]