Aside from the mighty Northern Lights and Santa Clause, Finland is also famous for winter sports. While Finnish people relish sleigh rides across the glistening snow, a country from the remote east is eyeing further cooperation with this winter sports power.

China, a nation that has seen greater development in winter sports in recent years, has opened a new chapter in this field as Chinese President Xi Jinping and his Finnish counterpart Sauli Niinistö met in Beijing for the official launch of the China-Finland Year of Winter Sports in January this year, marking China’s first-of-its-kind sports partnership with another country. 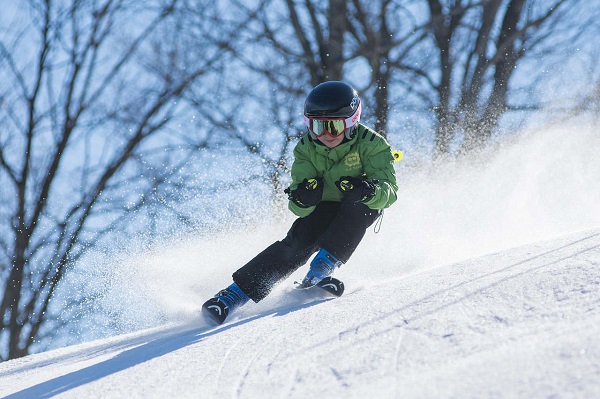 After winning the bid to host the 2022 Olympic and Paralympic Winter Games in 2015, China has witnessed a boom in its winter sports industry. As outlined in the White Book 2018 released by Chinese authorities, the nation aims to build a total of 650 ice-skating rinks and 800 ski resorts by 2022, with about 300 million people expected to participate in winter sports, bringing the industry’s market value up to one trillion yuan by 2025.

In the build-up to the 2022 Games, alongside long-term winter sports development, China embraces cooperation with other countries, with Finland as its primary partner. 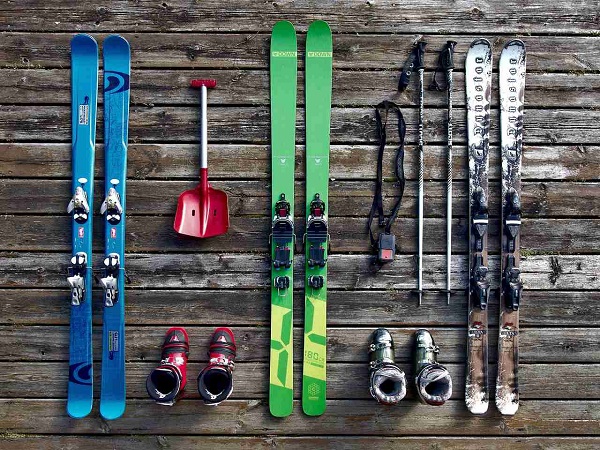 Teaming up for closer ties

2019 marks the China-Finland Year of Winter Sports, and so cooperation between the two countries is in full swing. There are Chinese athletes training in Finland, and some Finnish coaches are working here in China. More than 60 different events will run in this thematic year.

The sports cooperation between the two nations has a long tradition dating back to 1952 and the Helsinki Summer Olympics, the first time that China ever participated in the Olympics.

China didn’t win a single medal in Helsinki, but after several decades, China has become a leading country in the Summer Olympic Games, even though it is still a novice when it comes to winter sports.

According to the 2017 International Report on Mountain and Snow Tourism released by Laurent Vanat, China’s market potential mostly remains untapped. Most ski areas are still poorly equipped and are predominantly ski fields for beginners, and the majority of Chinese skiers do not ski more than once per season, and 80 percent class themselves as beginners.

However, China’s winter sports industry is blossoming. Statistics show that by 2017, the scale of China’s ice and snow industry stood at 397.6 billion yuan ($59.2 billion) and would continue to rise over the next three years.

Compared with China, Finland has a long history of winter sports. Even with few mountains, Finland has about 80 ski areas, according to the report.

“In Finland, everyone knows how to skate and ski at basically the same time as we learn how to walk. So we have lots of knowledge about how to get kids involved in winter sports,” said Sari Paavilainen, Program Director for Winter Sport and China Market Access Program in Business Finland, the most important public funding agency in Finland.

In response to the thematic year, Business Finland has established the Winter Sports Cluster growth program, aiming to develop cooperation and export opportunities for Finnish businesses with an eye towards Beijing 2022.

According to Paavilainen, to date, over 50 companies have joined the cluster, as well as training centers, cities and sports associations. “Our trainers and coaches have come to China, and we have lots of knowledge about the building of different kinds of multi-purpose arenas. In addition, we have different kinds of skiing products for both children and adults,” she noted.

“China is our No.1 target. We have several companies and several people who have over 40 years of experience in the field of winter sports,” Alatan said, further noting that their cooperation with China ranges from architecture design to the delivery of equipment and construction in the lead up to the Games.

Though the boost of China’s winter sports has been triggered by Beijing 2022, China plans to develop winter sports into a way of life rather than as a one-off. This is also the vision of Finnish partners.

“What we are focusing on and emphasizing is sustainability. We have smart energy solutions and all kinds of sustainable ways to build different venues,” said Paavilainen, voicing an expectation to forge stronger cooperation with China in this regard.

“We hope China’s development towards winter sports will be continual and will go on. We believe that we will be a part of this, and this is why we take China very seriously,” said Alatan.

While riding the wave towards Beijing 2022, China is also expected to further promote winter sports among people with disabilities.

Since 2016, the China ParaSport Winter Season program has been held every year by the China Disabled Persons’ Federation, which is designed to get more sports enthusiasts with disabilities involved in winter sports.

Aside from movement for the masses, China has set its eyes on improvement in high-performance sports.

China and Finland have a bright future and potential for cooperation in Winter Paralympics, said Tero Kuorikoski, General Manager of the Finnish Paralympic Committee.

As a latecomer to the Winter Paralympic Games, China made its debut in 2002 in Salt Lake City, United States, but didn’t win a single medal until 2018 at the PyeongChang Winter Paralympics, where China won its first ever gold in wheelchair curling.

Compared with China, Finland possesses experience, as it has participated in every Winter Paralympics to date, winning a total of 185 medals.

Despite China’s lack of experience in the Winter Paralympics, Kuorikoski voiced his confidence in China’s development in this field and his anticipation to enhance partnership with China.

According to him, the national Paralympic Committees of both nations plan to advance cooperation, with the focus on exchanging sporting expertise through coaching, educating trainers and sharing more facilities.

“There is no simple package solution for all sports,” he said, adding that it is important for China to voice its needs in each sport.

“When your needs and our expertise confront positively, then we have real cooperation,” he further noted.