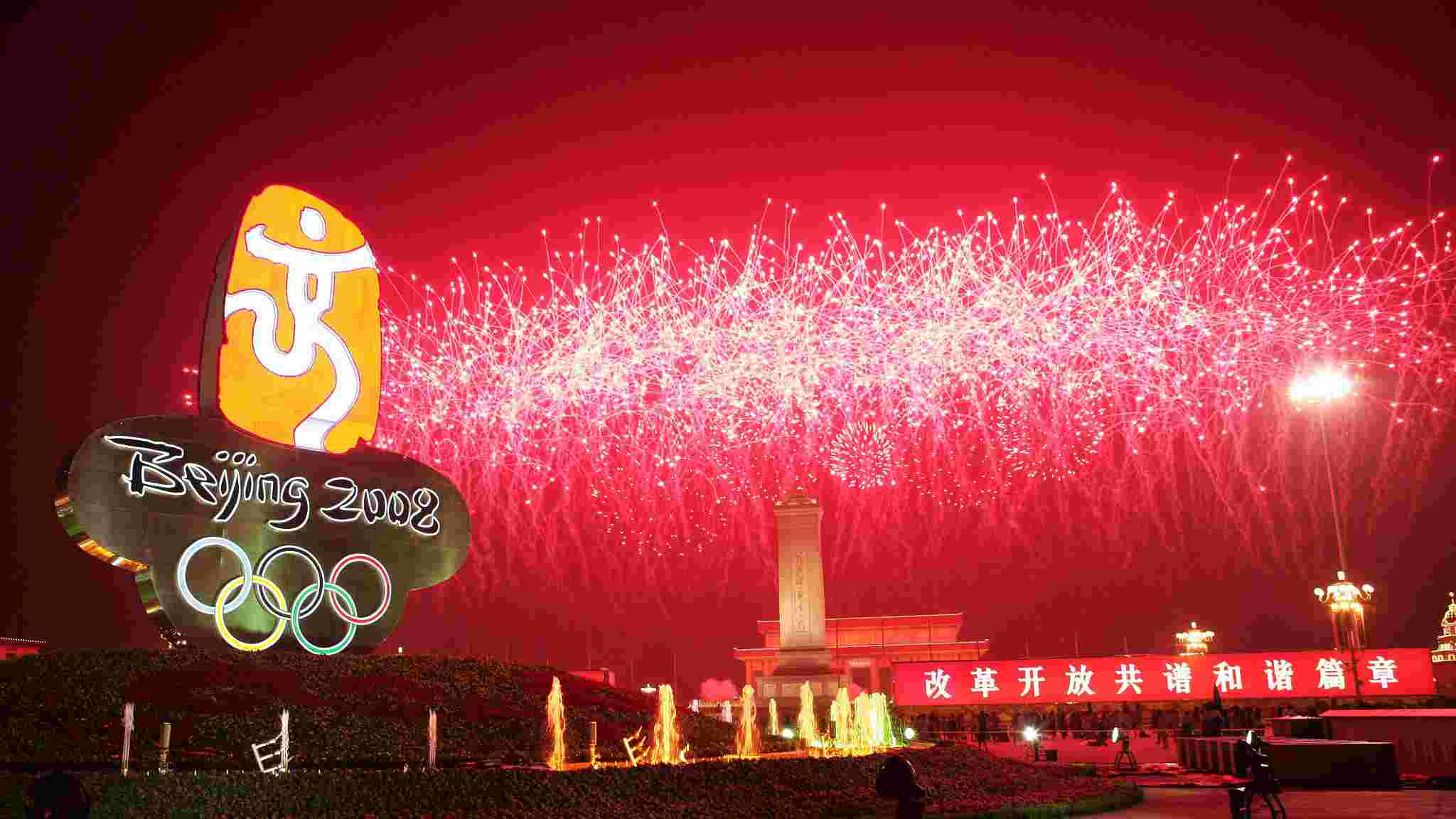 With its slogan "One World One Dream," the 29th Summer Olympic Games was held successfully in Beijing on Aug. 8, 2008.

To commemorate the 10th anniversary of the Beijing 2008 Olympic Games, six representative official Olympic films will be screened in Beijing.

For Chinese people who were flourishing in the early stage of reform and opening up, their excellent performance in the Los Angeles Olympics was undoubtedly an inspiration to the enthusiasm of the whole nation and the national spirit.

"16 Days of Glory" kicked off the “Greenspan Era.” American director and producer Bud Greenspan had extensive experience in directing multiple sports documentaries before making this film.

The film focuses on the individual performances of athletes and competitive experience instead of recording all of the games, especially of those in the United States.

It also acknowledges the position of China as an emerging sports power, and gives praise to Xu Haifeng and Li Ning, both gold medal winners in the LA Olympic Games.

'Stories of Honor and Glory'

The Nagano Winter Games were the first time that the Winter Olympics landed in Asia. Samaranch, then president of the International Olympic Committee, praised the success of the games and described it as "the best ever winter Olympics."

It was the fifth time that Greenspan had directed an official Olympics film. The film is shot in his previous style, focusing on athletes, telling their journey and their performance during the competitions.

For Chinese viewers, the documentary images of Chen Lu, a figure skater, is precious and not to be missed.

"The Everlasting Flame: Beijing 2008" is the second official film directed by a woman in the history of the 100-year Olympic Games, after Leni Riefenstahl, a German film director and producer born in 1902.

The director of Central Studio of News Reels Production, Gu Jun, faithfully recorded the pomp of the 2008 Olympic Games, showing its beautiful and historic moments. The film also pioneered a new format for official Olympic films.

While other official films began with the opening ceremony, "The Everlasting Flame: Beijing 2008" lasted for six months, starting with the Olympic flame collection in Athens in March 2008 and ending at the end of August.

In addition, it also filmed the preparations of sprinters from various countries before the start of the Olympic Games, which greatly expanded the visual space of the film.

"The Everlasting Flame: Beijing 2008" won a special prize at the 33rd Montreal International Film Festival and was screened as a closing film as well.

Like several official Winter Olympics films before it, it tells the story of several elite athletes and coaches at the 2010 Vancouver games. It also tells the story of Shen Xue and Zhao Hongbo, two Chinese figure skaters, on their way to gold, and deserved a special prize.

The 2012 Olympic Games is the third one held in London since 1908 and 1948, following the slogan "Inspire a Generation."

"First Time" focuses on a new generation of young people, depicting the Olympic spirit of few athletes taking part in the Olympic Games for the first time from all over the world, including Chinese diver Qiu Bo.

Although some athletes win medals and some don’t, their pursuit of the Olympic spirit is always the same.

The 2016 Rio Olympic Games was the first one held in South America. But before it, obstacles did not deter the Brazilians from holding a good one.

As a documentary full of South American characteristics and Brazilian customs, the film "Day of Truce" is the latest official film of the Olympics.

The film details the process from preparation to the final success of the Rio Olympic Games. Despite domestic political differences, economic difficulties, social unrest and other adversity, Brazilians still achieved their goals.

The film focuses on the charm of Rio De Janeiro and the passion of the Brazilian people while allowing everyone who contributed to the Olympic Games to stand in the spotlight -- from taxi drivers to star athletes, from opening ceremony dancers to members of the first refugee Olympic team in history. Everyone is able to tell his own story.