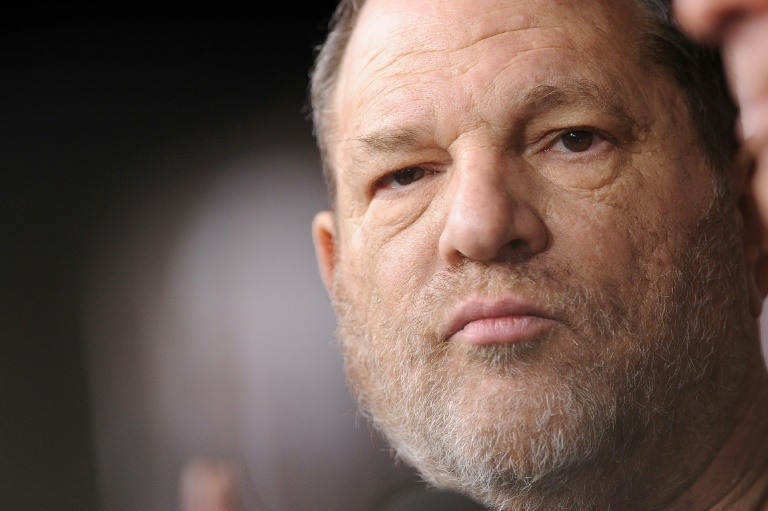 The Time's Up movement is pressing for a probe into why New York prosecutors did not bring a criminal case against disgraced Hollywood mogul Harvey Weinstein (Photo: AFP)

Six months after bombshell sexual assault allegations blew up against Harvey Weinstein, pressure is growing for the onetime Hollywood mogul to be brought to justice, with the Manhattan prosecutor under fire for failing to bring a criminal case against him three years ago.

Acting on demand from the Time's Up movement led by top Hollywood actresses, New York authorities vowed late Monday to "review" why the Manhattan district attorney did not prosecute the disgraced movie mogul in 2015.

"We are committed to pursuing a full, fair, and independent review of this matter," the state attorney general tweeted after Time's Up urged Governor Andrew Cuomo, who is up for re-election, to act.

More than 100 women have publicly accused Weinstein since October, allegations that sparked a sexual harassment watershed and ended his career.

His wife left him and police opened criminal investigations in London, Los Angeles and New York. Weinstein has been hit by a litany of civil lawsuits that stand to see the 66-year-old financially ruined. The Weinstein Company announced late Monday that it is filing for bankruptcy protection.

The studio also said it was immediately releasing accusers from non-disclosure agreements which Weinstein had used to silence them, allowing women to speak up without fear of retaliation.

But besides reportedly undergoing treatment for sex addiction at an Arizona clinic, the former powerbroker remains at large after hiring Ben Brafman, one of America's most celebrated criminal defense lawyers.

Frustrated by the apparent failure to bring him to justice, the movement founded by the likes of Reese Witherspoon and Jessica Chastain demanded Cuomo investigate the failure to prosecute the case of Italian model Ambra Battilana Gutierrez, one of the first women to come forward against Weinstein.

Had district attorney Cyrus Vance done so, other potential victims may have avoided being mistreated by the producer, they argued.

Time's Up called "particularly disturbing" reports that the mogul "could have... improperly influenced" Vance and that officials in the prosecutor's office "may have sought to intimidate Battilana."

"An independent investigation into the full decision-making process in this case, including a full review of the correspondence within the office and with any representatives for Mr Weinstein, must be undertaken immediately," the movement added.

O'Neill and Vance insisted they were "fully committed partners" and touted their "unparalleled track record of holding sexual predators from all backgrounds accountable in thousands of sex crimes."

"We are confident that any review will confirm that our office has pursued its investigation without fear or favor, based on the merits alone," Vance spokesman Danny Frost said in a statement.

"We will of course provide the attorney general with any necessary information, and expect that he will promptly determine that our office has been guided solely by the facts and the law."

Frost said nothing about the chances of bringing a case to court, only that prosecutors "must make sure they can prove to a jury that every element of a criminal statute was violated beyond a reasonable doubt."

Michael Weinstein, a New York lawyer and former federal prosecutor not related to the ex-producer, said Time's Up was asking a "fair question."

"The state always wants to get it right, but when you have a very good, savvy defense lawyer on the other side, you really try to do it properly," he told AFP.

Weinstein hired Brafman, one of America's top lawyers, in November, just days after New York police confirmed they were gathering evidence for a possible arrest warrant.

"The prosecutor is not there to satisfy the demands of the public mob, they are there to be independent and evaluate the presentation of evidence," said Michael Weinstein.

There could be other reasons why the prosecutor has not moved, the lawyer explained -- federal prosecutors, for example, may be investigating the financial settlements used to pay off alleged victims and may have asked him to hold back.

Even bringing Weinstein to trial does not predicate a conviction. Strauss-Kahn got off in the United States. So did Michael Jackson, acquitted of child molestation, and Bill Cosby was last year given a reprieve by a hung jury on allegations of sexual assault.

His retrial next month could determine whether the 80-year-old disgraced comic faces prison over allegations that he drugged and molested a university basketball official.