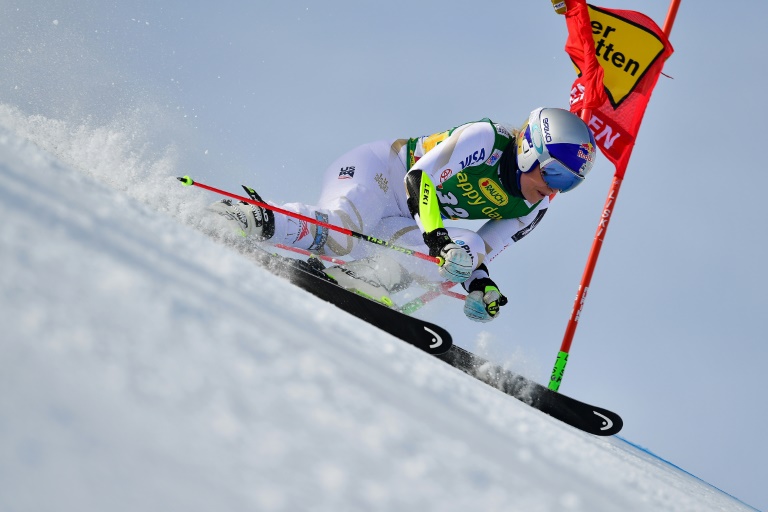 Lindsey Vonn, who raced in the giant slalom in Soelden in 2017, will be absent when the season kicks off on Saturday. (Photo: AFP)

For the first time in over a decade two of Alpine skiing's greatest stars - Lindsey Vonn and Marcel Hirscher - will be absent from the World Cup, which makes its traditional start this weekend with giant slaloms at Soelden in Austria.

Vonn, who first raced in the World Cup in 2001, gave in to injury last February, retiring after taking bronze in the women's downhill at the world championships.

Packed away in the American's ski bag were 82 World Cup victories, 20 Crystal Globes, including four overall titles, as well as two world championship gold medals and downhill gold at the Vancouver Olympics in 2010. She won the giant slalom at Soelden in 2011.

The men's side has also lost its brightest star.

Hirscher, who joined the circuit in 2008, called time at the sprightly age of just 30. The Austrian had achieved just about everything, having wrapped up eight successive overall World Cup titles, an extraordinary reign of dominance. He won at Soelden in 2014.

Their absence, along with that of two-time overall winner Axel Lund Svindal, will be noticed, when the skiers gather for the races on the Tyrolian glacier. Between them the three have 51 globes including 14 overall and 185 victories.

But it also opens up the slopes for other contenders.

On the women's side, Vonn's heir is already firmly enthroned. At 24, Mikaela Shiffrin is on track to eclipse her fellow American's career achievements.

Already a three-time overall champion, Shiffrin has notched 60 World Cup wins. She is on course to pass not just Vonn's 82 but the record of 86 set by the Swede Ingemar Stenmark.

Last season, Shiffrin claimed a staggering 17 wins from the 26 races she entered, becoming the first skier in World Cup history to win all six Alpine disciplines.

"Last season was this sort of standalone," Shiffrin told the official website of the US Olympic Committee.

"Obviously, very fond memories. But I'm like, who in their right mind could possibly expect to just keep repeating that?"

Shiffrin is aware that just as she was once a young gun seeking to topple Vonn, so someone else will come looking for her.

"You don't know who worked harder and got better."

"It's very unpredictable. Just try to keep my standards of my own skiing high and not having expectations."

Open field for the men

With Hirscher gone, the men's slalom and giant slalom, which he dominated. should be a lot more open. So should the overall title. Barring an extraordinary comeback season from 2010 champion Carlo Janka, there will be a first-time champion crowned at Cortina d'Ampezzo in March.

The 28-year-old Pinturault, runner-up to Hirscher in the overall last season, said he was sorry to see the Austrian retiring so young.

"I am not one of those who is rejoicing at the news," he said when Hirscher announced his retirement.

"I would have liked him to continue because I love the rivalry, the competition and the challenge of racing with Marcel."

Pinturault, who won the combined crystal globe last season, is likely to take on fewer speed events and focus on the slaloms.

Kristoffersen also said he was sorry to see Hirscher depart.

"Our sport is going to miss him," Kristoffersen told Austrian daily Kronen Zeitung.

"I would have liked one more chance to dethrone Marcel as winner of the World Cup. But I had enough chances. I blame myself."

The Norwegian finished third overall last year and was runner-up to Hirscher in the giant slalom.

The races on Saturday and Sunday are on the Rettenbach glacier where the finish is at 2,670 metres above sea level.

Bad weather wiped out the men's race in Soelden last year and in 2017. This time there is no snow in the village below, but on the glacier it is a solid 0.76 metres (30 inches) deep.

The Soelden weekend is followed by a three-week break before racing resumes with slaloms in Levi in Finland at the end of November before heading to North America.