CULTURE Sleeping like an emperor in China's terracotta warrior hotel

Sleeping like an emperor in China's terracotta warrior hotel 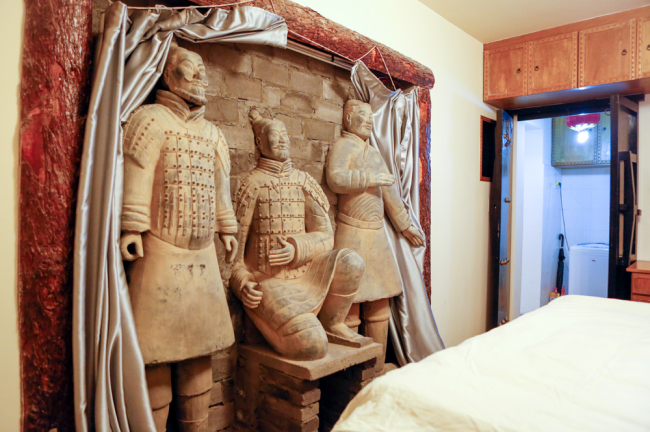 The three themed suites, ranging from 80 to 100 square meters each, are located in downtown Xi'an, home to the terracotta army.

Discovered in 1974, the army is one of China's biggest tourist attractions, drawing hundreds of thousands of visitors each year. It was built by Emperor Qinshihuang of the Qin Dynasty (221 BC-207 BC) who unified China for the first time in history.

The Airbnb-style hotels are owned by Guo Zhihua, a 53-year-old Xi'an local. A taxi driver in the 1990s, Guo spent most of his life driving tourists to see the warriors in the Emperor Qinshihuang Mausoleum Site Museum. 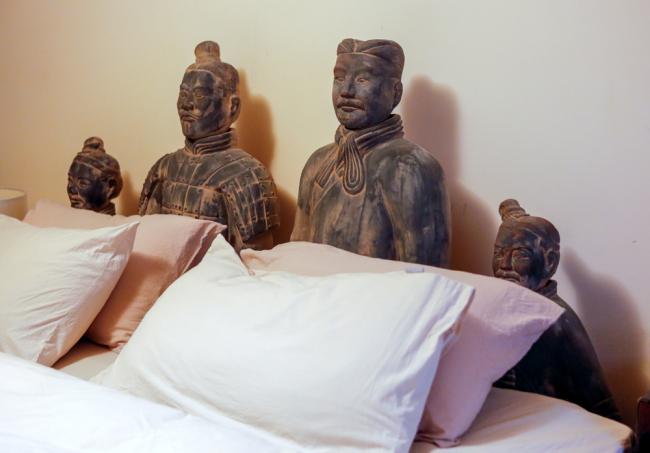 "Many of my colleagues parked their cars, smoked and chatted with each other. But I preferred to go to the pits with my passengers to tell them stories about the warriors, like a tour guide. Over the years, I have grown to like the warriors very much," he said.

Guo placed more than 200 warrior replicas in the three hotel rooms, which he named pit one, two and three. The sculptures are under the beds, the wash basins, in front of toilet seats and in the walls. Tiles and pillowcases are also painted with images of the stern-faced soldiers.

As the bed light shines through a specially-coated cover, the images of the warrior formations multiply so that the guests can feel like an emperor reviewing his troops, Guo said.

Guo's rooms, costing 100 to 200 dollars a night, has drawn thousands of visitors from 30 countries and regions since the hotel opened in 2008 when Beijing hosted the Summer Olympics. "I was banking on the growing interest in Chinese history," Guo said.

The hotels are fully booked until May. "One day, I received 400 reservations in two hours," he said. 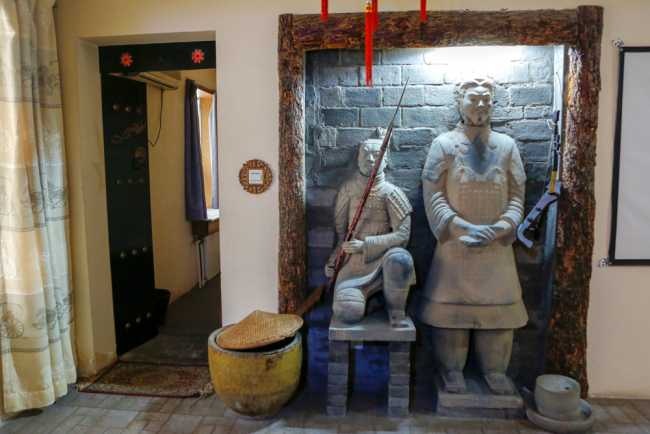 Despite the hotel's rising popularity, some discount it as a cheesy replica and say it is horrifying to sleep in a tomb. One lodger complained in a viral video that he could not sleep the whole night with warriors staring him down.

Guo remains unfazed. "I'd like to offer more history-themed hotels with Han and Tang Dynasty decorations so overseas tourists can truly experience Chinese history and then back home, tourists can carry on the Chinese culture," he said.