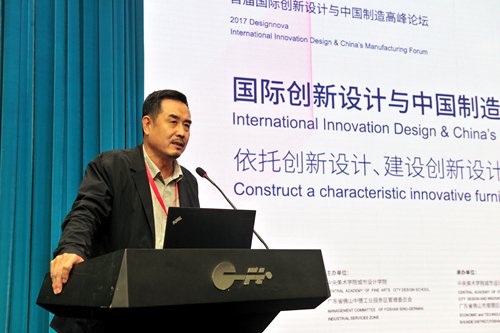 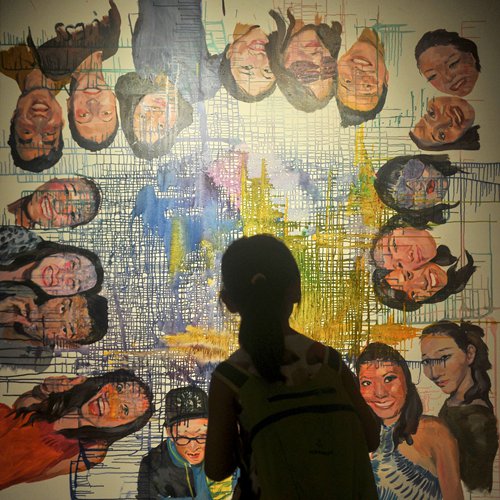 A young girl attends the New Face of the Academy exhibition. Photo: IC

While China's manufacturing power has made it one of the largest productions hubs in the world, Chinese entrepreneurs have come to realize that industry needs to continue to evolve if the country wants to maintain economic growth. While some cities and towns in China have chosen to expand into fields such as new energy, one small town in South China's Guangdong Province has turned to art as its path to the future. Lecong used to being a hub of furniture design and manufacturing in South China, but now it is working with one of China's best design and fine arts institutions, the Central Academy of Fine Arts, to transform itself into an international hub for design and creative arts. According to Zhang Xinjie, Lecong's party chief, the town has recognized the need to take the next step from manufacturing hub to something more. "First of all, I deeply hope that we can make the change from a 'Made in China' model to a 'Created in China' one," Zhang said at the 2017 International Innovation Design forum held on November 24 in Lecong. "I still recall the flat out 'No' we received a few years ago, when we asked the organizers at the Milan Expo if we could join the event. They must have been angry about how a few Chinese copied some of the original designs at previous expos.  "I then realized we needed to change. We needed to come up with our own original designs."While Zhang began looking for ways to push the town in a more creative direction, over in Beijing, Wang Zhong, dean of the City Design School at CAFA, was looking for a place where his students' ideas could move past the design phase and become actual products. "In the past, good designs were just being put on display at fairs, but didn't actually end up becoming real products," Wang recalled. "This situation was motivating me to find an opportunity to make things happen." Fortune eventually led Zhang and Wang to run into each other. Recognizing that they could provide each other with what they needed, they decided to partner up.  Luckily, policy was already on their side. Starting from 2016, the Chinese government began implementing support policies and providing funding aimed at encouraging Chinese towns to use their unique local characteristics as a stepping stone to becoming something new. According to government plans, China is looking to upgrade nearly 1,000 towns with strengths in certain fields such as travel, manufacturing, education, traditional culture and sustainable environments, so they can continue to thrive in today's changing economy. "CAFA helped us with our bid to be listed among the second batch of these 'national-level characteristic towns.' This enabled us to better position our town so we could figure out what our strengths and weaknesses were," Zhang said. After being listed as a national-level characteristic town in July, Lecong held its first ever art and culture season that same month. One of the most important parts of the season was the exhibition New Face of the Academy, which featured art and designs from young artists at CAFA. "This was the first step on the road to seeing Lecong one day achieving its goal of becoming an international creative design town," Zhang said. In addition to holding events like the culture season, the town has also begun upgrading its public spaces by introducing installation works such as sculptures. Of course, Zhang recognizes that success will not come overnight."Cooperation with academies like CAFA is important, but the local government needs to focus more on planning and execution. Currently, we plan to set up to pilot projects at two local villages to act as models. Then we will expand to other villages step by step," Zhang explained.