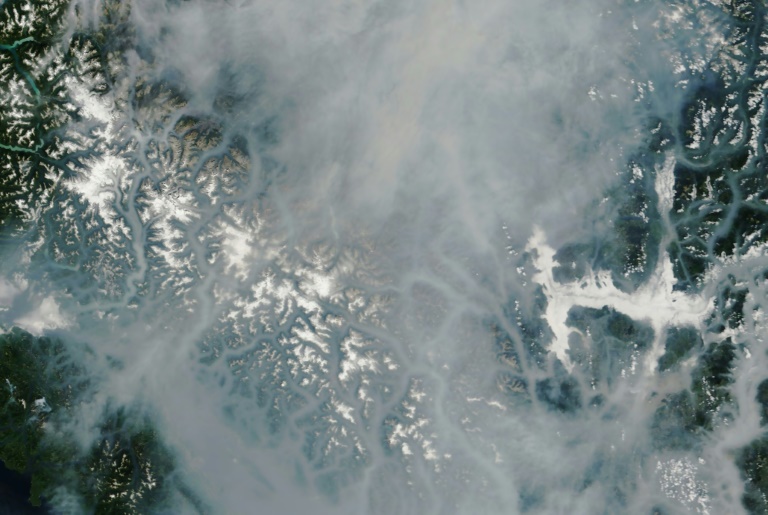 Thick smoke blanketed Vancouver on Tuesday, triggering warnings about dangerous particulate matter in the air and comparisons with cities in China and India ranked by the WTO as the worst polluted.

It blew in more than a week ago from hundreds of wildfires burning across Canada's westernmost province of British Columbia as well as US states to the south, and according to officials was expected to linger for several more days -- marking the longest air quality alert in the picturesque coastal city's history.

"It's very, very hazy outside," Vancouver air quality official Francis Ries told AFP. "We used to see the mountains (on the city's north shore), but now we can't see them at all."

Readings of fine particulate matter reached levels that are higher than Beijing and more than twice what is considered safe for health.

Exposure to the air pollution is particularly a concern for infants, the elderly and persons with diabetes, and lung or heart disease, the government warned.

There are currently 563 wildfires burning in British Columbia, which last week declared a province-wide state of emergency and brought in 300 soldiers to help nearly 3,400 firefighters, including from Australia, Mexico and New Zealand, battle the flames.

It was only the second time in more than a decade that the emergency measure has been used, after a record fire season last year that blackened vast tracts of forest and prompted record numbers of residents to evacuate.

Officials pointed to hot and dry weather fueling the fires across the province.

At one point, the smoke stretched eastward more than 2,300 kilometers (1,400 miles), briefly blocking the sun above Winnipeg, Manitoba.

"We are concerned that this may well be the new normal," commented British Columbia Premier John Horgan while touring his province's north with Defense Minister Harjit Sajjan.