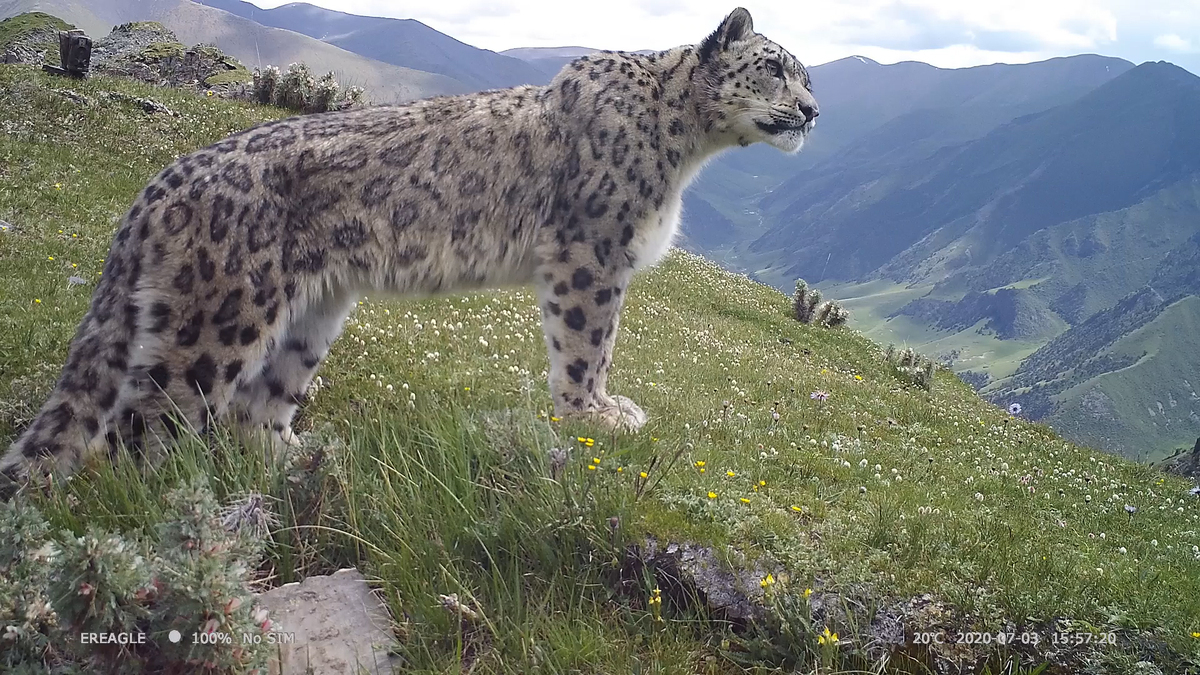 An infrared camera has captured a photo of a snow leopard at Sanjiangyuan National Park on July 3, 2020. (Photo: Xinhua)

LANZHOU - An infrared camera has captured a photo of a snow leopard in a nature reserve in Northwest China's Gansu province.

The reserve's management and protection authority said the photo was taken on March 6 this year by the camera installed in a provincial nature reserve in Gannan Tibetan autonomous prefecture.

"It seems that the adult snow leopard is in good health condition, judging from its body shape and strong forelimbs," said Du Kai with the reserve's management and protection center.

Du added that it was the first time a snow leopard was captured here and the first snow leopard "appearance" in the Gansu section of the Minshan Mountain range.

"We will carry out systematic monitoring of the species and establish and improve long-term tracking and monitoring mechanisms to master the basic information of the species, such as its distribution range, and to provide the scientific basis for the protection and management of wild animals," said Du.

Snow leopards are under China's highest national-level protection and are listed as vulnerable by the International Union for Conservation of Nature.