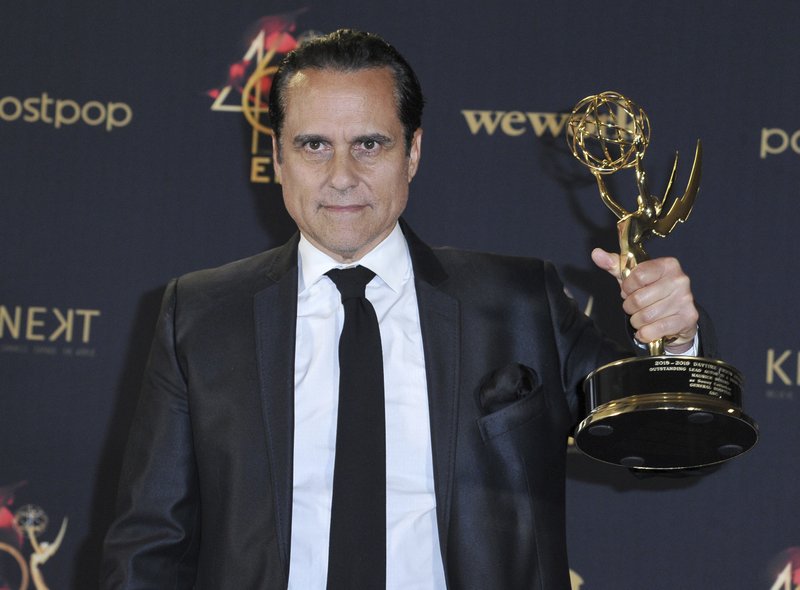 This May 5, 2019 file photo shows Maurice Benard in the press room with the award for outstanding lead actor in a drama series for "General Hospital" at the 46th annual Daytime Emmy Awards in Pasadena, Calif. Benard was supposed to devote time in April to traveling and promoting his new best-selling book, “Nothing General About It: How Love (And Lithium) Saved Me On and Off General Hospital." (Photo: AP)

Longtime “General Hospital” star Maurice Benard says sheltering in place can take its toll on your mental health. The actor is open about suffering from bipolar disorder and also writes about it in his new best-selling book, “Nothing General About It: How Love (And Lithium) Saved Me On and Off General Hospital.”

The breakout of COVID-19 not only altered plans to promote the book but also kept him home from work. “General Hospital” stopped production March 15. The ABC show recently began airing four new shows a week with flashbacks edited in to pad the episodes; Benard believes the show has enough material to get through mid-May.

“It’s a very hard time and people are thrown from their routines or they’re alone in isolation,” said Benard, 57, in a recent interview from his Los Angeles home. “I’m having anxiety and last week I had it horribly. It’s weird for me. I need to act.”

Benard says even though routines are altered, people shouldn’t pause their commitment to taking care of themselves: “You can’t let that stop you from working out and eating well. You’ve got to stay out of your thoughts because that’s where the demon is.”

Benard has won a Daytime Emmy Award for his portrayal of Sonny Corinthos, a mobster who is beloved by his friends and family and feared by his enemies. His illness has been incorporated into his character’s story, which Benard calls “so nice.”

“It tells people, you know, Sonny is bipolar and Sonny can function. If Sonny can do it, then I can do it,” he said.

His book, written with Susan Black, was born out of posting Sunday check-ins on social media about how he was feeling: “You’ve got to talk about it because if you hold it in, you will explode.”

Both in the book and in his interview, Benard credits his wife and manager, Paula, for guiding him through his low points.

“My wife is the one who, during the panic attacks or the harder times, has that calming voice, who makes everything much easier.”

Benard has been on “General Hospital” for 25 years. This would naturally put him in a leadership position with his co-stars, but he says that wasn’t always the case because he wasn’t always approachable.

“I’ve changed in the last five years. I used to be kind of tough. I think getting older, having a little more wisdom made something change in me,” he said. “Everybody’s noticed. What a great feeling to not feel ugliness inside.”

Chad Duell, who plays his son Michael, said in an email to the AP: “He definitely has helped me grow as an actor, and he always brings out the best of me when I am working with him.”

“I loved working with Mo. He elevated my performance every time,” added Bryan Craig, who played another one of his sons, also via email.

Benard said he relishes working with the younger actors on the show.

“I love taking the young actors under my wing, especially when they’re talented. The young actors are winning Emmys,” he said. “At this point in my life I’m more proud of what they do than what I do.”