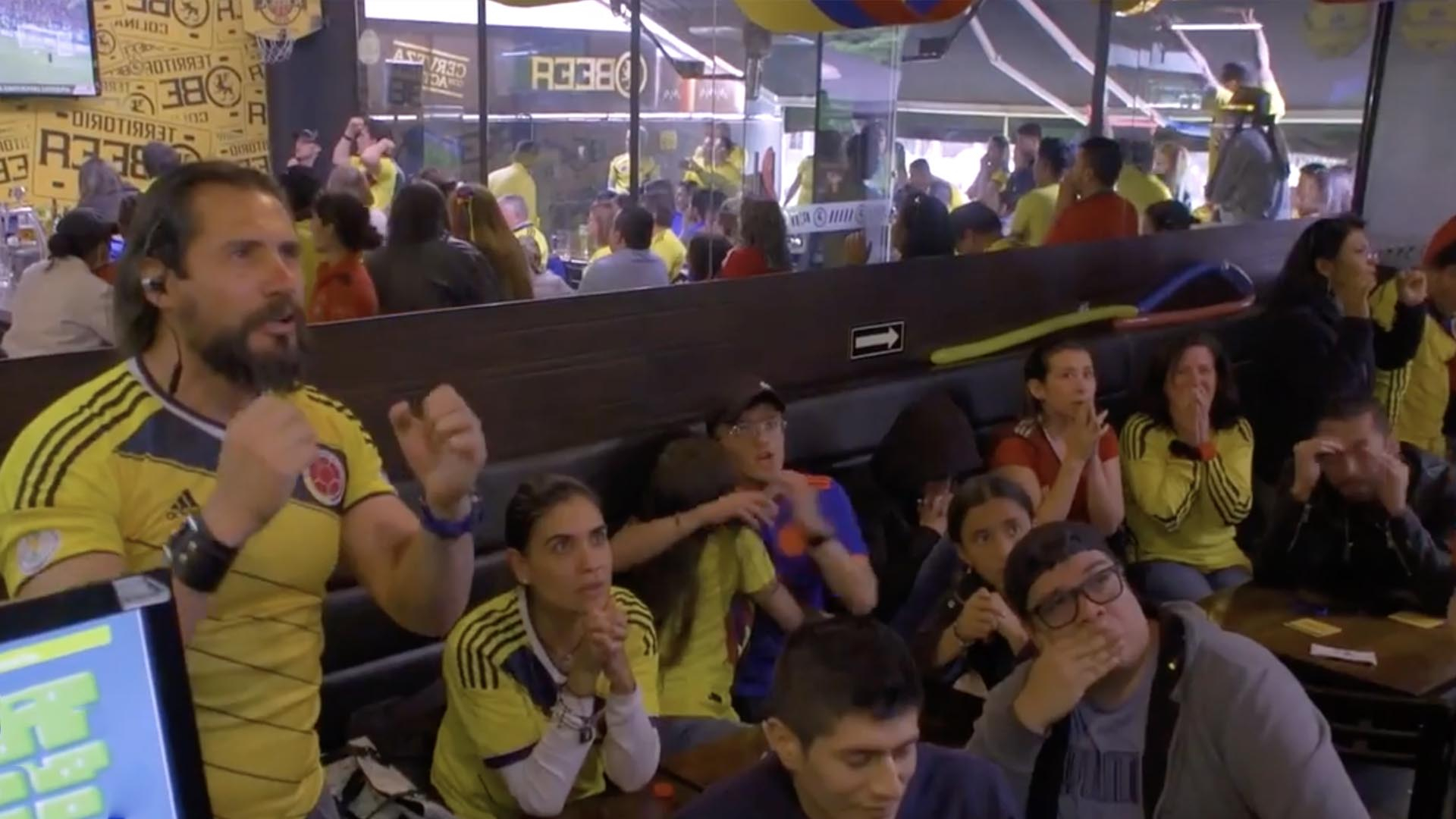 Colombians are the third largest drinkers of beer per capita in Latin America, after Brazil and Mexico, according to market research firm Euromonitor.

And that has been evident at the World Cup. Even though all the matches are held in the early morning and afternoon Colombia time, that has not stopped football fans from crowding into bars and pubs to cheer for their teams and to grab a beer.

“In this country, our team moves us. It doesn’t matter the time or the date, we have to support them. Work doesn’t matter. Anything to support our national team,” said Camilo, a resident of Bogota as he watched a game in a local pub.

And for beer companies in Colombia, such passion translates into sales. According to the Colombian Brewing Company, Bavaria, the World Cup tournament has boosted beer consumption by up to five percent.

Pub Beer’s general manager Arturo Barrios Bernal, says the biggest challenge is dealing with the crush of clients who all come at the same time for two hours during the games.

For the early World Cup games, bars have been given permission to open at 7 a.m., but beer can only be served after 10 a.m. For Pub Beer, this early start meant changing the menu and offering breakfast and brunch items.

Even those who choose not to imbibe in the morning hours are still watching games at bars.

“You get a lot of great energy, their happiness, the colors, the sounds. We are all happy Colombians who love soccer,” said Yaneth Pimiento, another Bogota resident, and Colombia fan.

And Colombia fans might just need that liquid courage to boost them after their team lost to England in a penalty shootout in the last 16.