CULTURE Solheim Cup: Europe, US tied at 8-8 heading into singles

Solheim Cup: Europe, US tied at 8-8 heading into singles 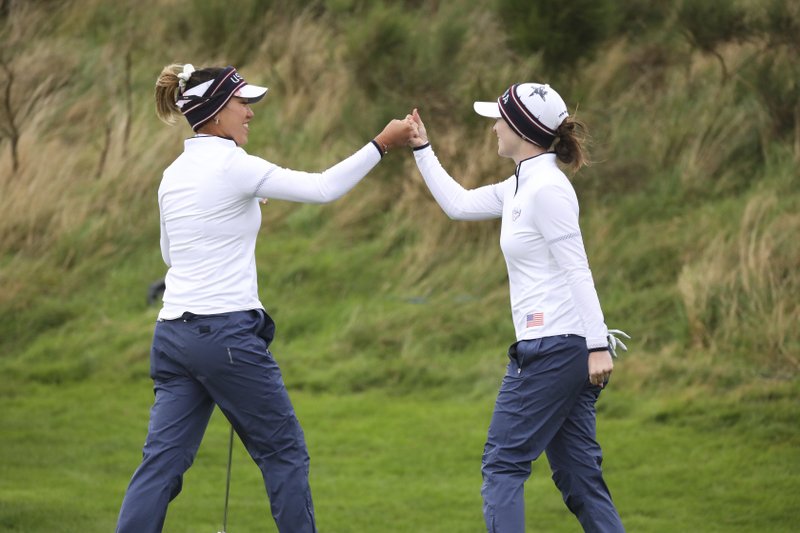 Annie Park of the US celebrates with Brittany Altomare after holing a putt on the 9th hole during the Fourballs match against Europe in the Solheim cup at Gleneagles, Auchterarder, Scotland, Saturday, Sept. 14, 2019. (Photo: AP)

Europe and the United States are tied at 8-8 heading to the final-day singles at the Solheim Cup.

After the morning foursomes were shared 2-2 on the second day at Gleneagles, the US won the tense afternoon fourballs 2 1/2-1 1/2 with three of the matches reaching the 18th hole and the last match finishing on No. 17.

It is the first time since 2011 in Ireland that the teams were tied going into the singles. The Europeans went on to lift the cup that year, and they are seeking to prevent a US three-peat in women’s golf’s premier team event.

Players fought blustery winds, driving rain and — in the final hour — fading light on the PGA Centenary Course. Some matches took nearly six hours, with a number of players getting warned for slow play.