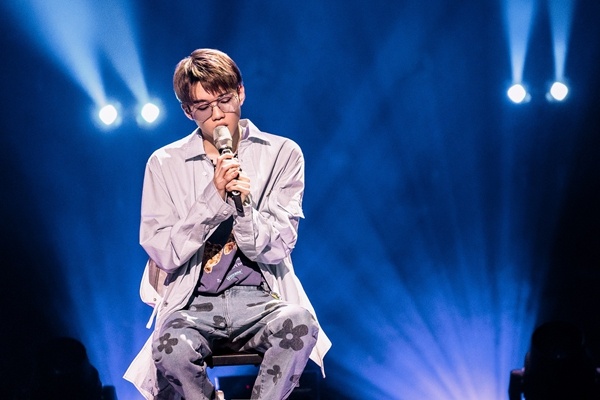 There is a song to match every emotion. Feelings of joy, heartbreak, sorrow and jealousy have all been expressed in lyrics. There is no exact formula for a hit. Even top music executives have rejected songs which would later go on to become massive successes. One reality show, I'm CZR, tackles this dilemma. CZR is short for changzuoren, literally meaning singer-songwriter.

Each episode, the show invites singer-songwriters, big names or nobodies, of any music genre, to perform their unpublished original songs. In its second season, broadcast from April to June on streaming media platform iQiyi, rock singer Zheng Jun, pop idol Zhang Yixing, rapper Gai, folk singer Chen Li are among the contestants who have to survive one-on-one singing battles in a bid to reach the finals. The votes from 101 judges, many of whom are from the music or entertainment sectors, will decide whether a contestant stays or gets eliminated.

Although the process seems stressful and brutal, it leans more on the exchanges among musicians rather than the competition results.

"It's not whether they win or lose, it's how they are inspired by the collision of disparate music styles in the show," says Che Che, the show's chief director, adding that the competition format would push all the singer-songwriters to be more productive in creating new tunes.

Of all the participants in the show, Liu Sijian, 20, is the youngest.

Liu, from Chengdu, Sichuan province, fond of new hip-hop and new R&B, says that the show helped him correct his preconceived notions about some music styles that he was unfamiliar with, folk singing for example.

"The show also enabled me to explore the varied possibilities of music," he says.

Labeled as a representative singer-songwriter from the Generation Z, he has already released 37 original singles. Some have become very popular on short-video platform Douyin, and music streaming service NetEase Cloud Music, where he boasts over 500, 000 followers.

He garnered his first group of fans, when he covered, remixed and uploaded hit English-language songs on the mobile karaoke app We Sing in 2015.

He wrote his first song, Merry Xmas/Marry Me in 2017 and inspired his 27,000 listeners to post comments on his NetEase Cloud Music profile. That greatly motivated him on his songwriting path.

After graduating from Dublin Coffman High School in the United States in 2018, Liu chose to come back to China and started a gap year to test the waters in the Chinese music market as an indie singer.

"I held gigs in live music venues, where I feel closer and better connected to my audience, most of whom are my contemporaries," adds Liu, who toured six cities last year.

"I'm a sensitive person who is keen on observing and pondering things." He says he plans to further study in a domestic conservatory.

His willingness to think, exposure to multiple cultures and sensitivity to changes in the outside world seem to have empowered him on his way to stardom.

Liu is adept at combining Chinese and English lyrics in a natural way, and likes to subtly inject his attitude or views on certain issues into his lyrics. For example, his single Middle-class Children was written following a quarrel between his parents, The Hole was inspired by the Spanish dystopian movie, The Platform, while the song Monk Xuanzang was created to offer a metaphor for an increasingly prosperous and powerful China.

In the show, his critics hold that the thoughts embodied in Liu's songs seem very naive, with which he agrees.

"For a 20-year-old, being naive is quite understandable, but, despite not being mature enough, I want to keep expressing my thoughts.

"I'm not afraid of banging my head against the wall. I've much time to learn and try different styles until I finally step into my own domain."