Sound of silence as Qatar hit North Korea for six 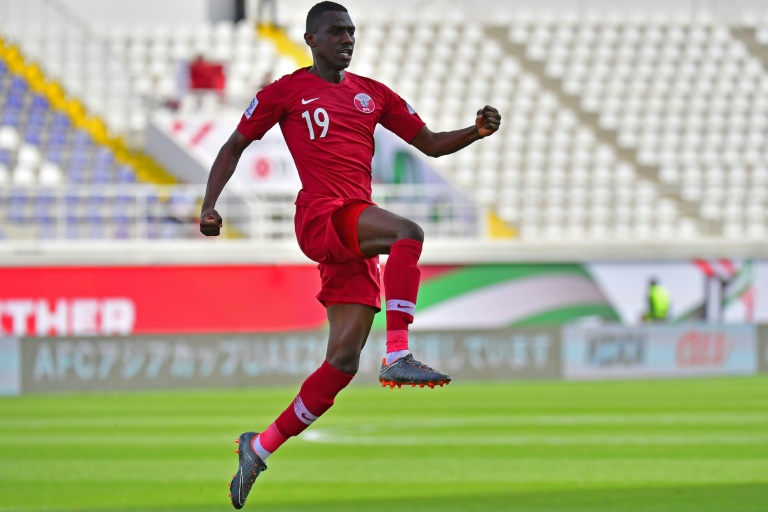 Almoez Ali scored a record-equalling four goals but barely raised a cheer on Sunday as Qatar hammered North Korea 6-0 in a United Arab Emirates stadium that was virtually empty due to the Gulf blockade.

The Sudanese-born striker fired Qatar, the 2022 World Cup hosts, into the Asian Cup knockout phase as he became only the fourth player to score four goals in a single game at the tournament.

With the North Korean public also forbidden to travel, the crowd was always going to be small. An estimated 300 people watched the game, including two groups of North Korean fans equipped with flags and occasionally cheering in unison.

Qatar coach Felix Sanchez said his team had steeled themselves to play without their supporters, which could be a problem in tighter games as the tournament wears on.

"We don't have our supporters here but we know that they're supporting from Qatar, they're following us," he said after the game.

"The players know this is the scenario and they deal with it."

In the unusual conditions, North Korea were guilty of ball-watching twice early on as Qatar went 2-0 up within 11 minutes thanks to Ali's sharp finishing.

Ali had time to control Akram Afif's left-wing cross and bury his shot on nine minutes, and he then clipped in Hasan Al-Haydos's ball from the right two minutes later.

With the North Korean fans providing the only noise in the stadium, the team from the communist country nearly gave them something to cheer.

Ri Un Chol blazed a powerful shot over from the edge of the box, and Kim Song Gi saw his header from a corner unfortunately blocked by team-mate Kim Kyong Hun.

But just before half-time, it was too easy for Qatar once again as Afif hoisted a speculative ball to the far post and Boualem Khoukhi climbed above his marker to head it in.

Ali completed the Asian Cup's first hat-trick 10 minutes after half-time, when he coolly dinked the ball over goalkeeper Kim Myong Guk after Afif's slide-rule pass into the box.

Afif fed Sudanese-born Ali yet again to make it 5-0 before Abdelkarim Hassan, the 2018 Asian player of the year, made it six with a strong run and finish.

The biggest win of the tournament so far, greeted by a smattering of clapping at the final whistle, also confirmed the Saudis' progression from Group E with both teams on a maximum six points after two games.

German Mark Slonek, one of the small number of neutrals in the oval, all-seater ground, said it was a pity that more fans were not there to watch.

"It's a real shame," said the 43-year-old IT administrator from Stuttgart.