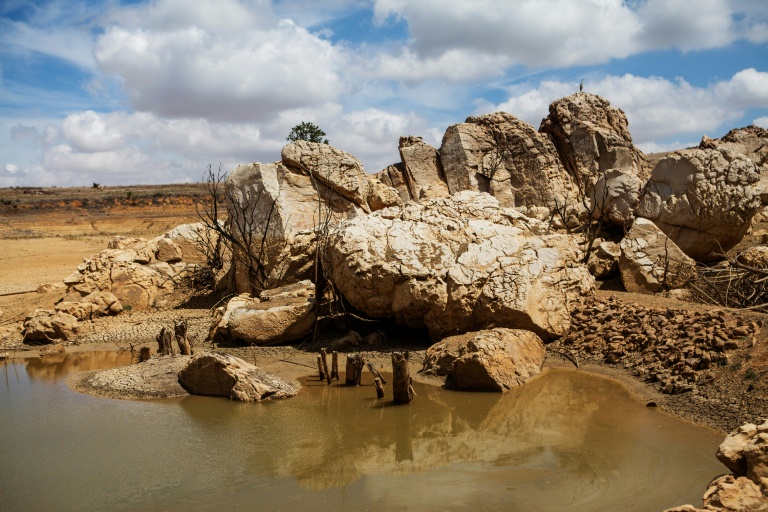 The South African government said the severe phase of the drought that hit many parts of the country was at an end (Photo: AFP)

The South African government said Wednesday that the national state of disaster it declared in March over a drought that ravaged parts of the country had lapsed after significant rainfall.

The government said it had conducted assessments which showed that the severe phase of the drought that affected agricultural production in a number of provinces was at an end.

The minister in charge of local governance, Zweli Mkhize, "confirmed that a national state of disaster that was declared on 13 March 2018 has lapsed," a government statement said.

Over 400 million rand ($29 million) was mobilised from various disaster grants to implement relief operations in an attempt to avoid turning taps off under a so-called "Day Zero" scenario and provide water to all regions.

The drought has affected water intensive companies, such as winemakers who make up 11 percent of the southwestern region's economic output and sustains 300,000 jobs.

According to the International Organisation of Vine and Wine (OIV), output from Africa's top wine producer is set to slump by over 20 percent this year.

In recent weeks, the Cape region, which typically receives rainfall between May and August, has experienced significant rains.

The Cape Town municipality said the water level in dams had risen to almost 32 percent from over 21 percent this time last year.

However the city -- battling its worst drought in 100 years -- has called on the population to continue conserving water "given the uncertainty of rainfall".

"We have to make sure that we adhere to our goals and restrictions" -- namely a daily consumption of 50 litres per person, the municipality said.