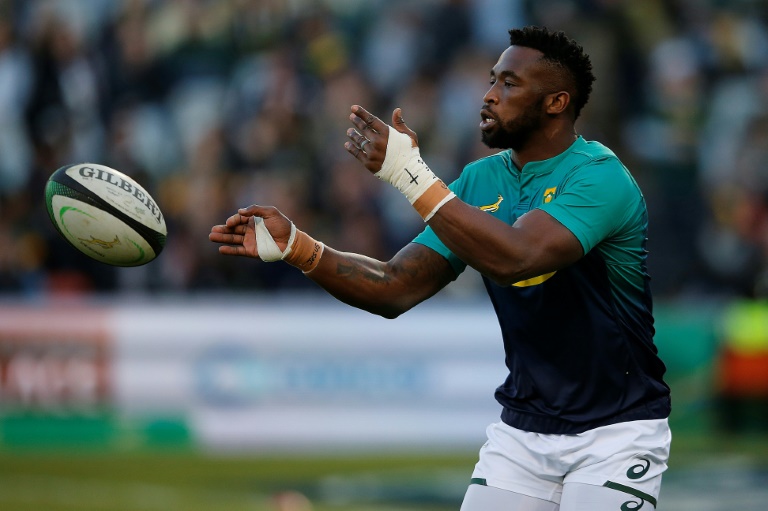 A South African trade union with mostly white members went to court on Wednesday to challenge the country's policy of racial quotas for national sporting teams.

The government has instituted a transformation charter which compels national squads to implement racial quotas -- especially in high-profile white-dominated sports such as rugby and cricket.

But the Solidarity trade union opposes the transformation policy and went to the Johannesburg Labour Court to have it overturned.

"Our focus is to remove specific provisions of the transformation charter... which specifically relate to the adoption of quotas," Werner Human, Solidarity's legal expert, told AFP.

"Quota, we contend, is against the provision of the constitution, (and) is strictly against the employment (laws)."

"Ultimately we would wish to have a sporting environment which is more depoliticised (and) focus can truly be on talent," he said.

The court will decide at a future date whether the union -- which is mainly made up of white Afrikaans speakers -- can bring its case.

If permission is granted, only then will the merits be discussed.

During apartheid, blacks were barred from national teams.

The sports ministry, the South African Sports Confederation and Olympic Committee along with the country's rugby, cricket, netball, athletics unions are opposing the union's application.

The ministry called the action one of "desperation and an attempt to hold back the progress which is currently being achieved", describing the case as "unfortunate".

The Springboks' first black captain Siya Kolisi sparked outrage earlier this year when he said he did not believe the country's iconic former president Nelson Mandela would have backed quotas for the national team.

He said racial imbalances could only be fixed by developing sport from the grassroots.

"I would not want to be picked because of my skin colour because that surely would not be good for the team," he said.

Under the agreement between South African rugby officials and the government, half of the Springboks side at the 2019 Rugby World Cup in Japan should be black.

A quota system for domestic professional rugby and cricket teams was first introduced in 1999 to encourage black participation, but was scrapped in 2007.

In 2011, new quota systems were adopted by sports governing bodies and the government.

Blacks remain under-represented in cricket and rugby, but dominate in football, for which South Africa is ranked 14th on the continent.