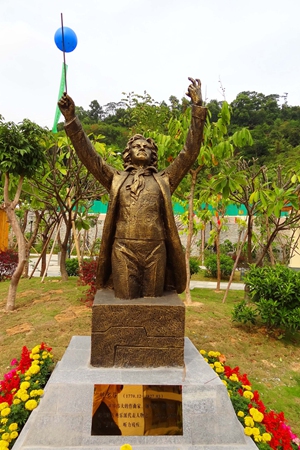 Guangzhou, capital of South China's Guangdong Province, will hold a series of events in 2020 to celebrate the 250th anniversary of the birth of composer and pianist Ludwig van Beethoven.

The Xinghai Concert Hall and Guangzhou Opera House will jointly launch a series of performances featuring 80 of Beethoven's major works in various forms including symphony, piano sonata and opera.

More than 500 artists from countries such as China, Germany and the Netherlands will bring a feast of classical music to people in Guangzhou and nearby areas.

Over 200 performers from Beethoven's birthplace, the German city of Bonn, will bring to the stage the musician's only opera Fidelio, a masterpiece celebrating love and freedom, at the Guangzhou Opera House.

Audiences will be offered chances to better understand the artistic achievements of Beethoven through lectures and salons.

"Beethoven's works are the shared artistic wealth of the world," said Liu Ying, director of the Xinghai Concert Hall.

The events will run throughout the year, Liu added.