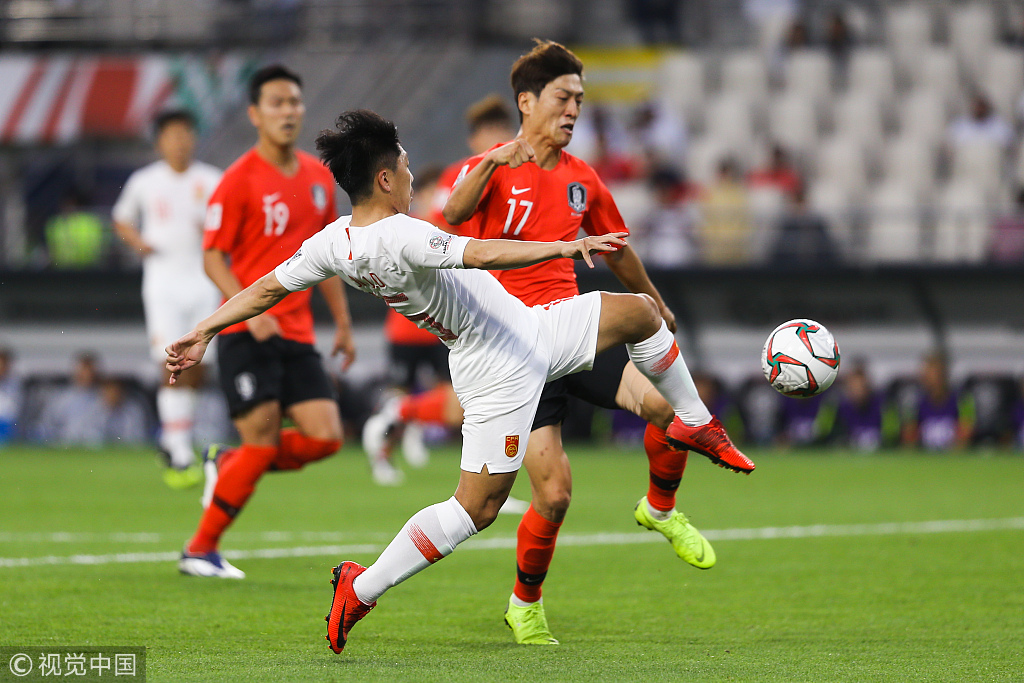 This is the fourth encounter between China and South Korea at the Asian Cup. China head coach Marcello Lippi made a number of changes, including resting top-scorer Wu Lei due to shoulder injury while South Korea unexpectedly put Son Heung-min in the starting lineup after the Tottenham Hotspur strike just arrived at the UAE on Monday afternoon.

South Korea started at a fierce pace and almost made a breakthrough as Hwang Ui-jo forced a double-save out of China's goalkeeper Yan Junling in the 6th minute.

It took Son Heung-min 12 minutes to make his first threat of the game, producing a moment of individual skill to win a penalty, which was converted by Hwang Ui-jo to a 1-0 lead.

China tried to rally seven minutes later through Jin Jingdao, who shot inside the box but rose above the crossbar. South Korea worked another good chance after 22 minutes when Hwang Ui-Jo's shot beat the goalkeeper but hit the the post.

Kim Min-jae, who scored the only goal to help South Korea squeeze past Kyrgyzstan, doubled the lead by a powerful header connecting a corner kick from Son Heung-min five minutes after the break.

Kim Moon-hwan missed the opportunity to hand Sweden a third goal in the 65th minute, and though China tried to respond to back into the match, but their efforts were undermined by a lack of quality in the final pass.

China will take on Group A runners-up Thailand in the knockout stage on January 20.