The Latest on the 77th annual Golden Globe Awards honoring achievements in television and film and being presented Sunday at the Beverly Hilton in Beverly Hills, California. 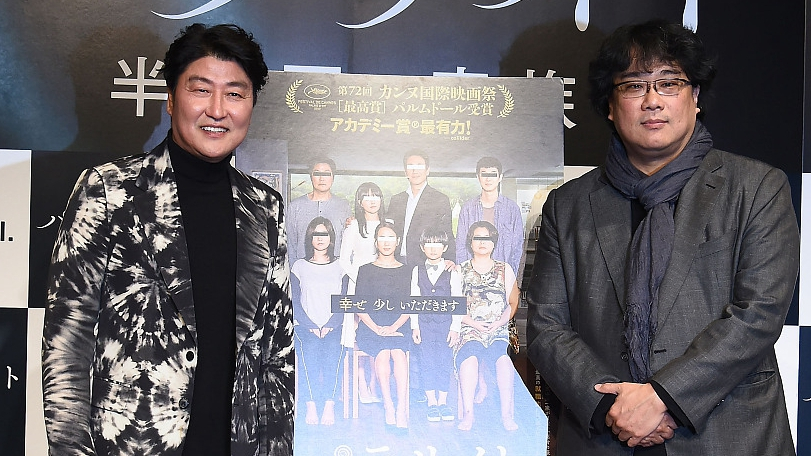 "Wow, amazing, unbelievable," gushed director Bong Joon-ho as he accepted the award. "Once you overcome the one-inch-tall barrier of subtitles, you will be introduced to so many more amazing films."

The Golden Globes, Hollywood's most freewheeling televised award show, could be unusually influential this year. The roughly 90 voting members of the Hollywood Foreign Press Association (HFPA) have traditionally had little in common with the nearly 9,000 industry professionals that make up the Academy of Motion Picture Arts and Sciences. The HFPA is known for calculatingly packing its show with as much star power as possible, occasionally rewarding even the likes of "The Tourist" and "Burlesque."