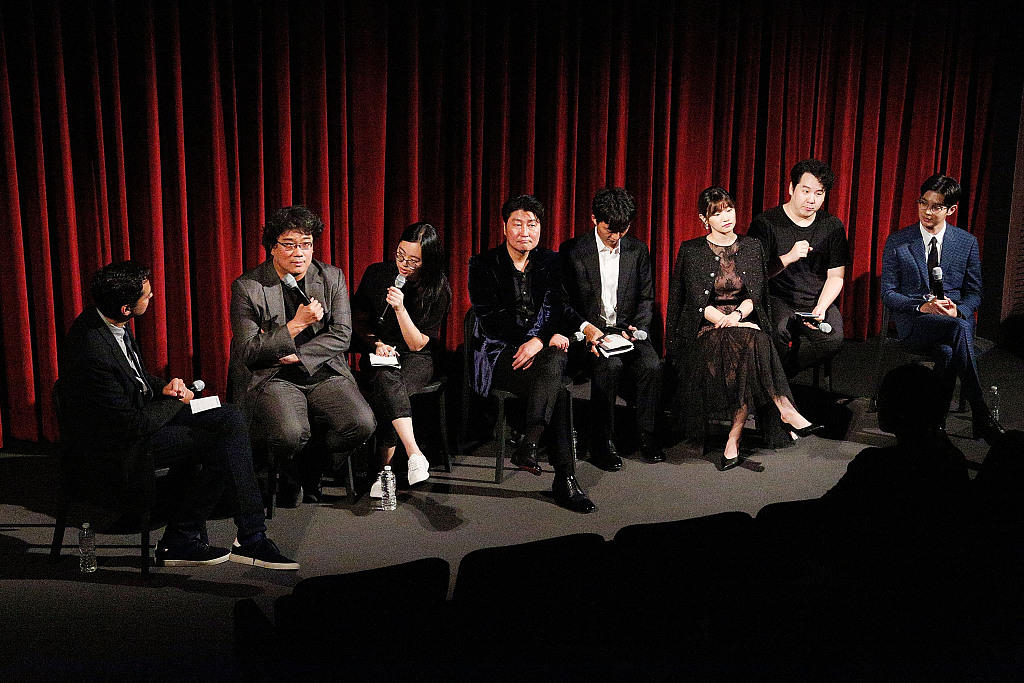 The director and actors of "Parasite" (Photo: VCG)

The black comedy thriller won best picture of the year, while the film's director Bong Joon-ho was awarded best director of 2019 by the Los Angeles Film Critics Association.

Song Kang-ho won the best supporting actor for the film.

"Parasite" follows the members of a poor household scheming to become employees of a much wealthier family by posing as unrelated, highly-qualified individuals.

It became the first South Korean film to win the coveted Palme d'Or at the 72nd Cannes Film Festival in May.