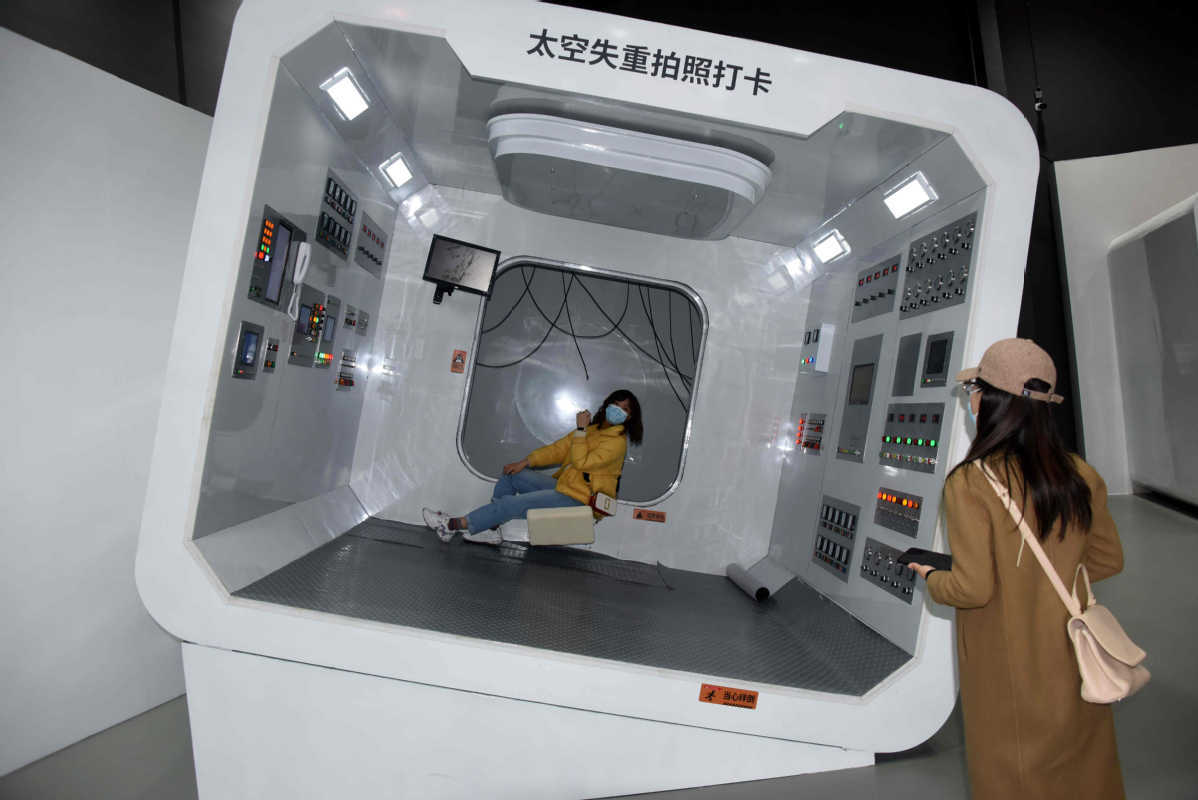 A visitor experiences weightlessness at an interactive exhibit on the development of China's manned space program in Beijing on Thursday. (Photo: IC)

An interactive exhibition featuring the development of China's manned space program opened to the public on Thursday at the China Science and Technology Museum in Beijing.

Co-hosted by the China Association for Science and Technology (CAST) and the China Manned Space Engineering Office, the Fly to Space exhibition celebrates the 100th anniversary of the founding of the Communist Party of China and allows visitors to experience the excitement of spaceflight.

It has displays on the work of astronauts, plus themed exhibits on a time tunnel and living in space.

Interactive technologies, including virtual reality and 3D displays, allow visitors to understand the development of the country's manned space program, experience the selection and training of astronauts and learn about the launch of a spacecraft and life in orbit.

Yin Hao, head of the museum, said at the opening ceremony that China's development has prompted people to want to learn more about high-level sciences. The exhibition focuses on the popularization of science and technological innovations in the field while promoting a scientific spirit.

All sectors of society should take part in the popularization of science, especially science and technology workers, Yin said.

He said China's involvement in space exploration also helps to serve the needs of the country's construction.

Popularization of science will encourage all sectors of society to contribute to the implementation of an innovation-driven development strategy, Yang said.

Qi Faren, the chief designer of China's first manned spacecraft Shenzhou, said the exhibition not only teaches young people about space, but also promotes the spirit of exploration and scientific curiosity, which will help in the rejuvenation of the Chinese nation.