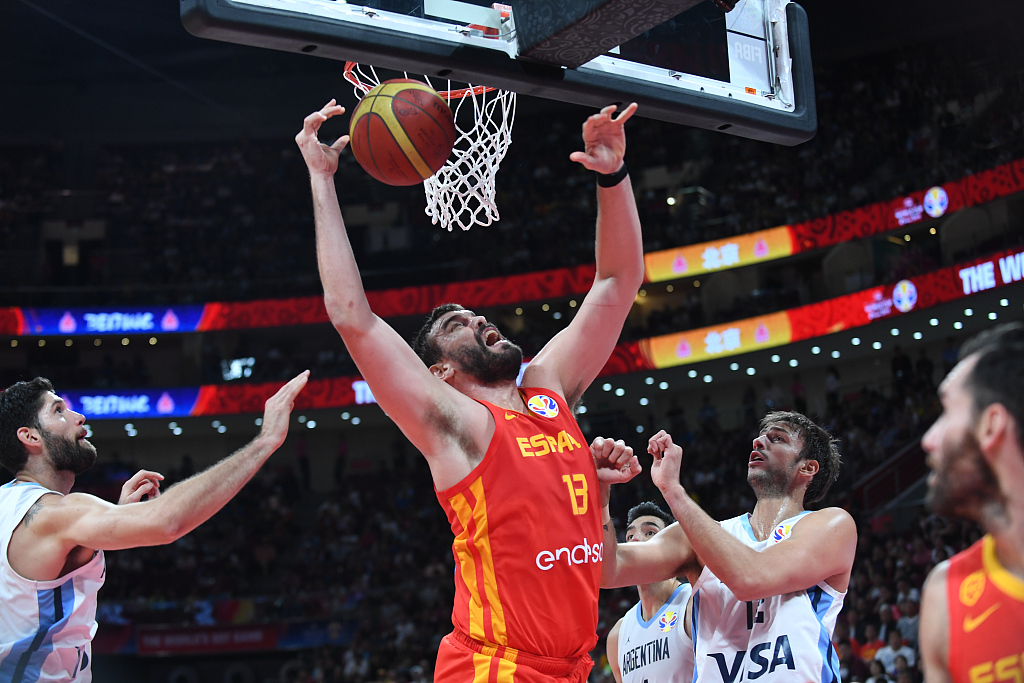 Marc GASOL of Spain during the FIBA World Cup on September 15, 2019 in Beijing, China.(Photo: VCG)

Gabriel Deck contributed 24 points for Argentina, followed by 17 from Nicolas Laprovittola. Facundo Campazzo finished with 11 points and Luis Scola scored 8, while only shooting 3-of-21 from the field together.

Spain opened up the game with an 11-2 run before Argentina hitting back  with 11 unanswered points to trim the deficit to 1 point on 13-14. Spain surged a 17-1 run again to expand the lead to 17 points on 31-14 in the second quarter, in which Spain played good defense and kept Luis Scola scoreless.

Spain opened up the third quarter with a 12-2 run, up to 55-33 before Argentina made it back to 55-39 after back-to-back three-pointers by Facu Campazzo and Gabriel Deck. With a great defensive output, Spain repelled Argentina's comeback and put the game beyond reach in the last period.