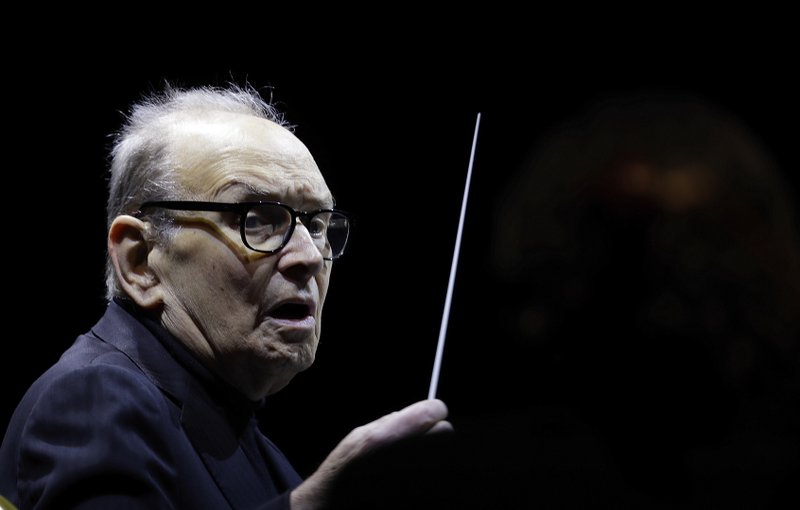 FILE - In this file photo dated Tuesday, March 6, 2018, Italian composer Ennio Morricone directs an ensemble during a concert of his "60 Year Of Music World Tour", in Milan, Italy. The jury that decides the Spanish foundation Princess of Asturias Awards have awarded Friday June 5, 2020, one of the country’s most prestigious awards to composers Ennio Morricone and John Williams for their film work that have “enriched hundreds of films with their talent.” (Photo: AP)

A Spanish foundation on Friday awarded one of the country’s most prestigious awards to composers Ennio Morricone and John Williams for their film work.

The jury that decides the Princess of Asturias Awards said the Italian and American composers “have enriched hundreds of films with their talent.”

The pair “demonstrate complete mastery of composition as well as narrative, building emotion, tension and lyricism at the service of cinematographic images.”

Williams, 88, has scored movies such as “Star Wars,” “Jaws,” the “Indiana Jones” series and the first three “Harry Potter” films.

Morricone, 91, has over the past seven decades created more than 400 scores for cinema and television.

The 50,000-euro award ($56,700) is the first of eight prizes, including in the arts, social sciences and sports, handed out annually by a foundation named for Spanish Crown Princess Leonor.