Spanish center Pau Gasol, twice an NBA champion with the Los Angeles Lakers, said Sunday he was thrilled to sign with the league-leading Milwaukee Bucks. 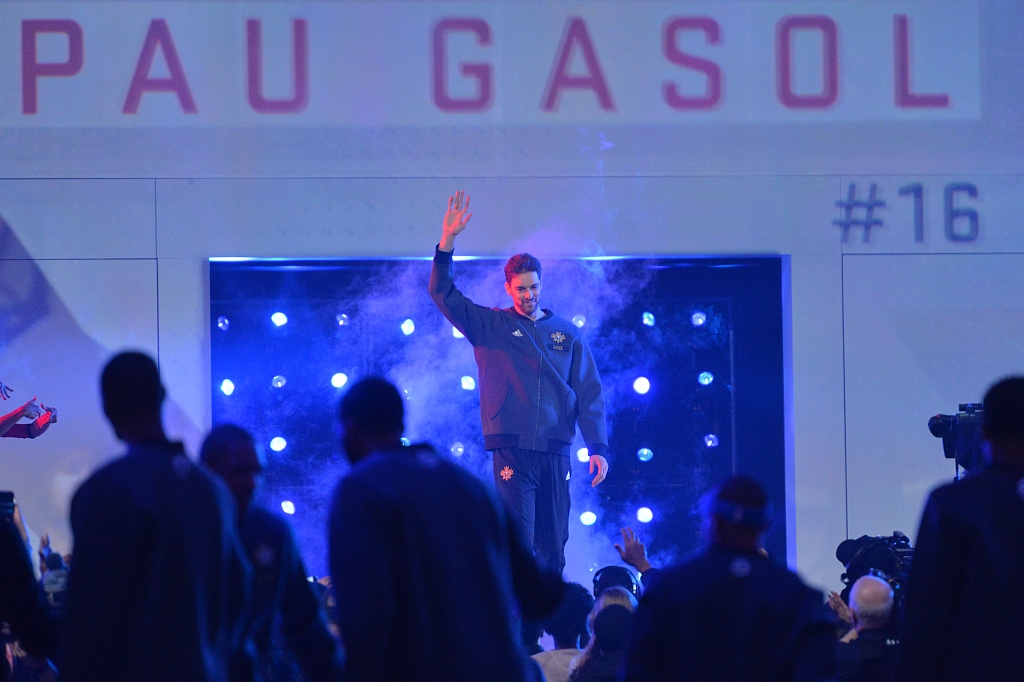 The Bucks, who boast the NBA's top record at 48-15, announced Sunday they have signed the six-time all-star center after he was waived by San Antonio last week.

Combined with Greek star forward Giannis Antetokounmpo, the 7-footer (2.13m) adds a solid inside presence on the court as well as championship knowledge and a strong locker room leader off the court.

"Thrilled to begin this new chapter in my @NBA journey with the great @Bucks. I look forward to the challenge," Gasol tweeted Sunday.

"My goal, as always, will be to add value to the team and help deliver a championship to Milwaukee. #FearTheDeer"

The 38-year-old Spaniard is in his 18th NBA season, having appeared in 1,223 games with Memphis, the Lakers, Chicago and San Antonio and producing career averages of 17.1 points, 9.2 rebounds, 3.2 assists and 1.6 blocked shots a game.

Gasol, who helped the Lakers win NBA crowns in 2009 and 2010, is averaging career lows in points, rebounds and minutes but could take on a greater role in Milwaukee, with the Bucks looking for their first 60-win season since 1980-81.

The Bucks won their only NBA title in 1971 when future Lakers star center Kareem Abdul-Jabbar, then named Lew Alcindor, sparked Milwaukee. The Bucks have not reached the NBA finals since 1974 and have not won a playoff series since 2001, losing eight in a row in the first round since that season.