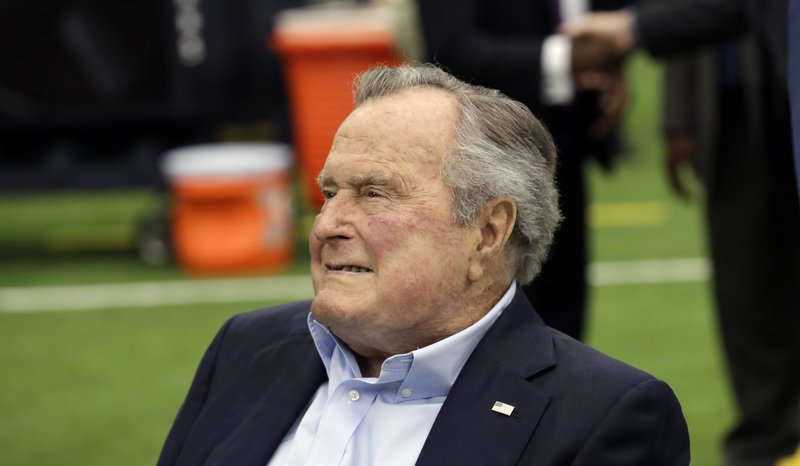 A spokesman says former President George H.W. Bush is in “good spirits” at a Maine hospital but will need several more days of treatment.

The 93-year-old was taken to a hospital on Sunday when he experienced low blood pressure and fatigue hours after attending a pancake breakfast at the American Legion post in Kennebunkport.

His spokesman said in a tweet Wednesday that Bush is talkative and in good spirits but that the treatments to address his blood pressure “are expected to take several more days.”

The nation’s 41st president arrived in Maine on May 20 after being treated for a blood infection. He’s without his wife of 73 years, Barbara Bush, who died in April in Houston.