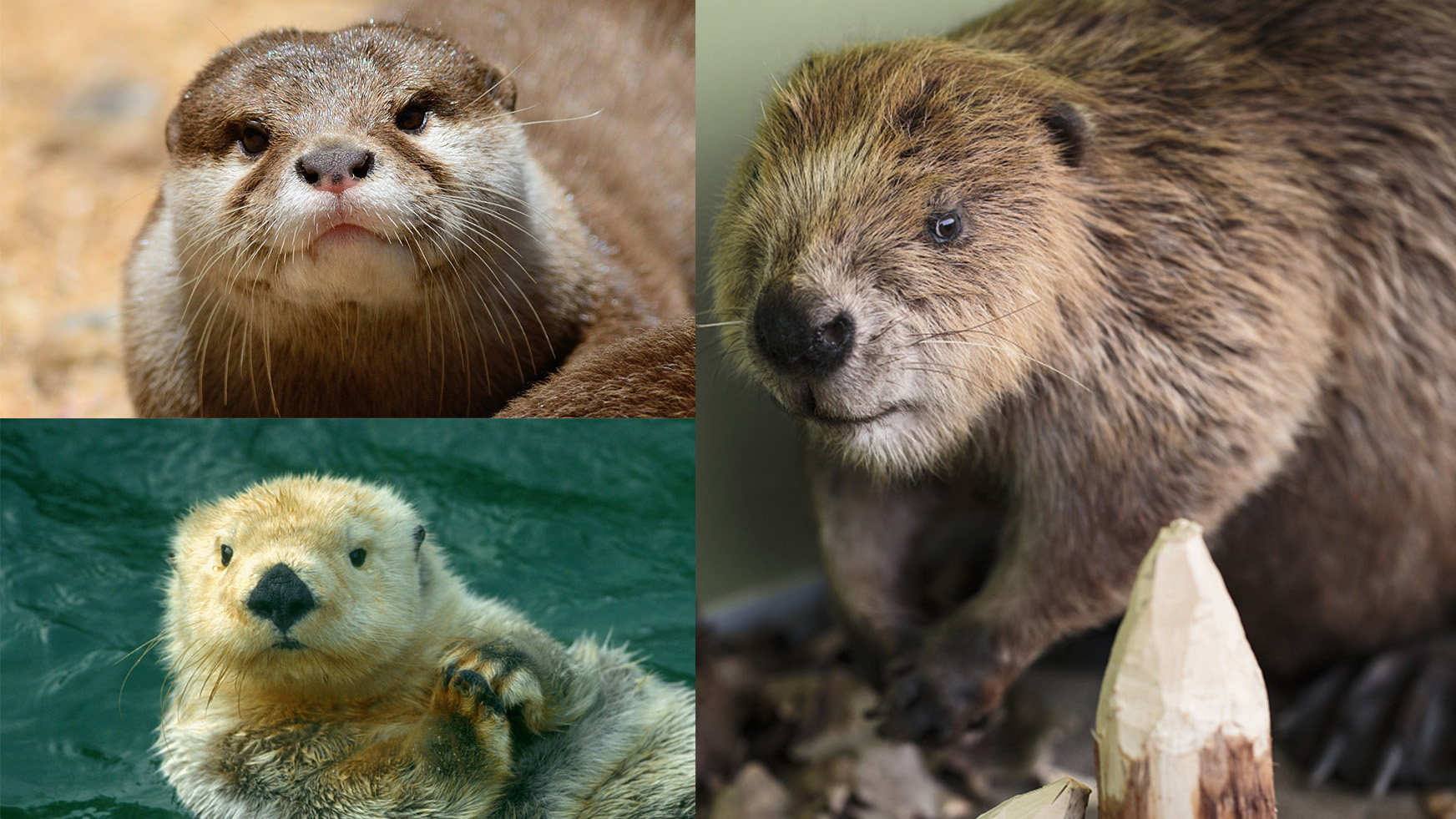 The famous "water stars" otters, sea otters and beavers attract much attention due to their endearing appearances. However, even though they are well-known, many still can't tell them apart well. This article will help you to distinguish between these animals.

The Asian small-clawed otter is native to south and southeast Asia, mostly in freshwater areas among tropical and subtropical zones.

The sea otter, on the other hand, lives on the shores as it dives for food in seawater.

The beaver mainly stays in rivers and streams, where it can build its "house."

The Asian small-clawed otter mainly preys on fish, and sometimes it will eat other small animals like insects, frogs, or even birds.

The sea otter also eats fish, but its favorite foods are marine invertebrates like sea urchins, molluscs and crabs.

Unlike otters, the beaver is a "vegetarian," as its food comes mainly from trees and grasses. It also likes the barks, buds, and roots of water plants.

The beaver is famous for its distinctive tail that is wide, flat and paddle-shaped.

The sea otter is the "fluffiest" among these three animals. Unlike the common otter, sea otter's feet are webbed.

The beaver can use wood to build marvelous dams, canals and "homes."

The sea otter is known for its unusual "backstroke." Sea otters usually hold hands with each other to prevent the current from separating them. Besides, the sea otter typically rubs its face with its paws, since the fur on the face helps to keep its paws warm.

The Asian small-clawed otter is good at swimming and catching fish. Some famous memes on the internet also show it folding its hands as if it was "praying" for more fish.

Are you able to define and distinguish these three creatures right now? If you are still confused, remember: The beaver is a gifted architect, the Asian small-clawed otter is a perfect swimmer and fish-catcher, and the sea otter is a fluffy actor that knows how to behave in an endearing way by rubbing its face!