CULTURE St. Patrick's Day to be largely virtual in NYC for 2nd year

St. Patrick's Day to be largely virtual in NYC for 2nd year 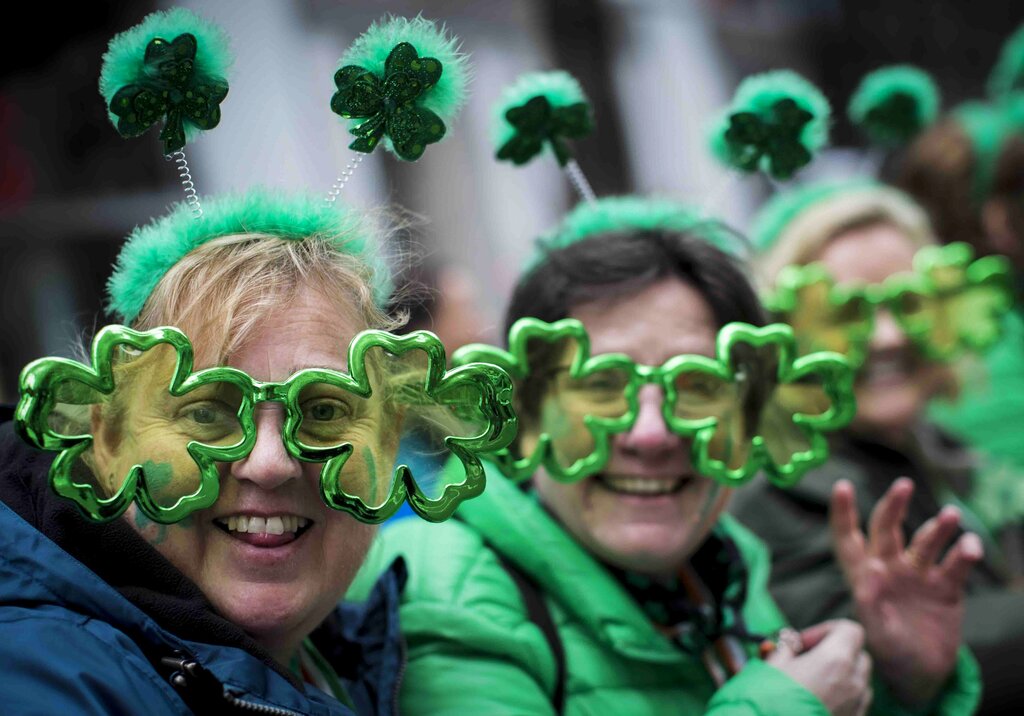 A largely virtual St. Patrick's Day is planned for New York City on Wednesday, one year after the annual parade celebrating Irish heritage became one of the city's first coronavirus casualties.

Although the city's usual huge parade with floats and marching bands has been canceled, a few dozen people are expected to march at 6 a.m. to keep the tradition alive, a spokesperson for Mayor Bill de Blasio said.

Then at 8:30 a.m. there will be a live broadcast of the St. Patrick’s Day Mass at St. Patrick’s Cathedral, according to the parade organizers' website. A virtual parade featuring clips of marching groups from past years will follow at 10 a.m. and an hourlong show streaming on Facebook at 11 a.m. will include performances by singers Andy Cooney and Moya Brennan.

The city was just starting to shut down to halt the spread of the coronavirus on St. Patrick’s Day 2020, and de Blasio waited until days before the parade to cancel it. A small group marched in the rain before 7 a.m.

St. Patrick's Day is also usually big business for the city's taverns and restaurants, and a major date on the calendar for tourism.

This year, thanks to COVID-19 restrictions, celebrations will be muted. Establishments that serve alcohol can only do so if they also serve food. Closing time is 11 p.m. Taverns and pubs, like all restaurants, can only fill 35% of their seats. That will rise to 50% two days after the holiday.

People staying home can take in a 5 p.m. program on the Catholic Faith Network featuring parade leaders and Cardinal Timothy Dolan, the head of the Roman Catholic Archdiocese of New York, and TV station WNBC will broadcast “St. Patrick’s Day: A Celebration For All” at 7 p.m.