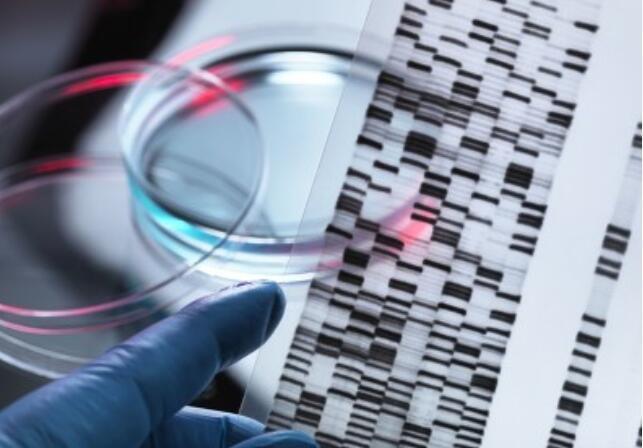 Researchers at Stanford University developed a new gene-editing technology to manipulate the genome in three-dimensional space, and found that genes behaved differently in different zones.

The study, published on Thursday in the journal Cell, showed that the new technique, dubbed CRISPR-GO, used a programmable guide RNA to ferry genetic snippets to different locations in a cell's nucleus, which was like a delivery system.

Displacing genetic elements can change how they function, according to the study.

"The question of why spatial organization in a cell matters is an important one, and it's also not one that scientists agree on," said Stanley Qi, assistant professor of bioengineering and of chemical and systems biology at Stanford.

"CRISPR-GO could provide an opportunity to answer that question by enabling us to target, move and relocate very specific stretches of DNA, and see how their new placements in the nucleus change how they function," said Qi, the paper's senior author.

Most mammalian cells contain a nucleus that houses more than 6 feet (about 183 cm) of DNA, if stretched out in a line. DNA tends to clump in certain areas in the nucleus but how that placement affects the DNA's function is no that clear.

In the new study, Qi and his colleague investigated three distinct sub-regions of the nucleus using CRISPR-GO, showing that specific compartments and some free-floating bodies of proteins in the nucleus can sway the function of repositioned DNA.

Depending on where the genetic materials are located, some nuclear regions repress gene expression and some accelerate telomere growth, and subsequently cell division, according to the study.

For example, the researchers observed that genes, relocated to a part of the nucleus called the Cajal body, an amorphic blob of proteins and RNA, stopped expressing proteins.

"It's the first time that researchers have evidence to show the Cajal body can have a direct gene-regulation effect, in this case repressing gene expression," Qi said.

Also, they used the tool to move the DNA of telomeres, the molecular caps of chromosomes that are associated with longevity, from the middle to the edge of the nucleus. Then the telomeres stopped growing, halting the cell cycle and reducing cell viability.

However, the opposite happened when telomeres were moved closer to the Cajal body. They grew and, in doing so, increased cell viability.

Qi hoped that one day, this line of research would come to bear on human health.