Chinese actress Tang Yan recently revealed that she had studied hard to learn English for her role in The Way We Were, a TV drama about Chinese students educated overseas.

Directed by Liu Jiang and co-starring Luo Jin — making The Way We Were the fifth collaboration between Tang and Luo — the show is currently airing on the Beijing Satellite TV, and video-streaming site, Youku, with two episodes each night since May 14.

During a recent promotional event for the series, when asked about their biggest challenge they faced when preparing for their roles, Tang and Luo both cited the language as the biggest hurdle they had to overcome.

A lot of sequences are shot in the United States and require the characters to speak English, they had to practice very hard to memorize their lines, and had to train their accents for two months prior to shooting.

Spanning across several decades, the series' plot unfolds over two major storylines to recount the tale of a group of overseas students' lives; their loves, friendships and struggles, as well as the complicated relationships with their parents, who are involved in a corruption scandal. 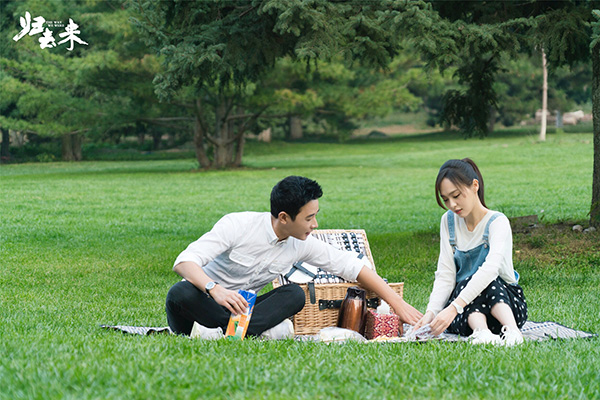 The Way We Were marks the fifth cooperation of pop idols Luo Jin and Tang Yan. [Photo provided to China Daily]