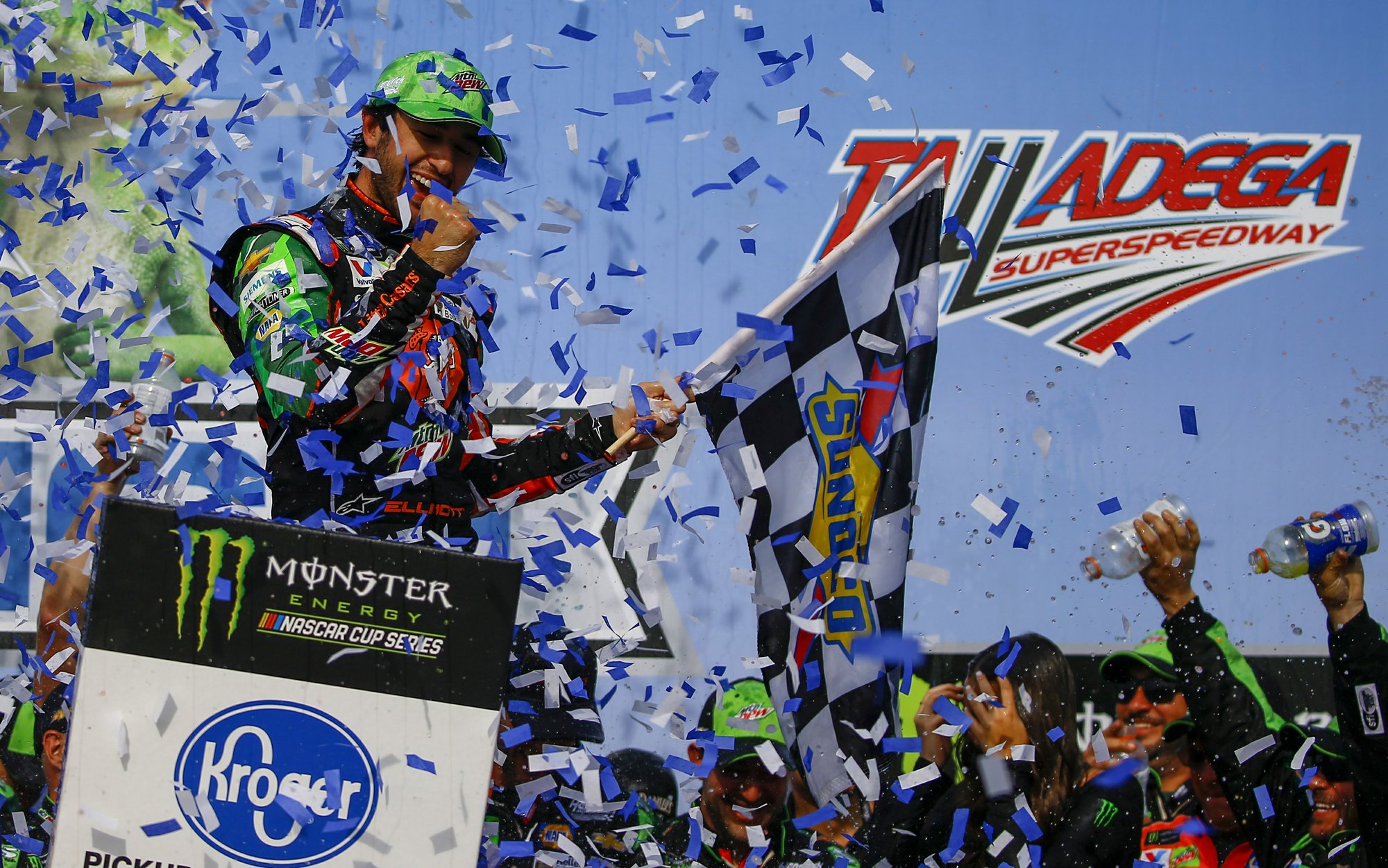 NASCAR is making its first big play in the world of expanded legal sports betting, hoping a sports data partnership will lead to gamblers being able to bet during races on much more than just who gets the checkered flag.

“NASCAR is one of those sports that I think has an enormous opportunity to present an exciting betting product, particularly in-game,” said Genius spokesman Chris Dougan.

“We feel that NASCAR has a little more of an upside in the in-race event experience than some of the other stick-and-ball sports,” said Brian Herbst, senior vice president of broadcasting and innovation for NASCAR. “The in-game experience that we’re building through Genius will have live odds around NASCAR.”

So a bettor could watch odds on their selected driver fluctuate throughout the race before deciding to place a bet. NASCAR hopes that will keep fans interested (Fox Sports has averaged 5.14 million viewers this season) in watching for the duration of a race.

Herbst said it should take six to eight months for the technology to come together for in-race betting, leading to live race odds by the 2020 season.

Before the start of the 2019 season, NASCAR developed an integrity program and gambling policy in which the sanctioning body granted all teams and tracks the ability to sell marketing sponsorships to sports betting companies and licensed sportsbooks.

Among the restrictions: drivers and team members are banned from betting on races or disclosing confidential information. They are allowed to participate in fantasy sports relating to the three national touring series, Cup, Xfinity and Truck, but may not accept prizes with a value of more than $250 in any games. The bans are in line with other major sports.

Football, basketball and baseball historically generate the bulk of sports betting in the United States and NASCAR has yet to spark interest among the masses. Even with less inventory than other popular sports, NASCAR’s move is an attempt to carve out a sliver of a market with billions bet each year.

“I don’t think we’ve done a really good job of taking the tools that our in our tool kit and leveraging those,” Herbst said. “We weren’t really in the gaming conversation until this year. We’re still taking a kind of pragmatic, staggered approach into it.”

There are no betting-sponsored cars scheduled to race Sunday at Dover International Speedway.

Because of its alliance with Dover Downs Hotel & Casino on the same property, Dover opened an on-site kiosk last fall and became the only track that allowed sports gambling on its property. The casino’s sportsbook staff will set up on Sunday inside the Delaware Lottery’s display near the 46-foot tall Monster Monument at Victory Plaza.

With rain in the forecast for Sunday’s Cup race, most of the prop bets like laps led, number of cautions and average speed of the race have all been taken off the board. Kyle Busch is a 3-1 favorite to win and Kevin Havick checks in with 9-2 odds. Bubba Wallace, who finished second in the 2018 Daytona 500, faces 500-1 odds.

By next year, the betting game changes in a sport looking for growth.

“I think a whole new generation and a whole new demographic could become engaged with NASCAR,” Dougan said.