BEIJING, May 27 (Xinhua) - Former NBA player Stephon Marbury is negotiating with his last CBA franchise Beijing Beikong to join the club as its head coach. 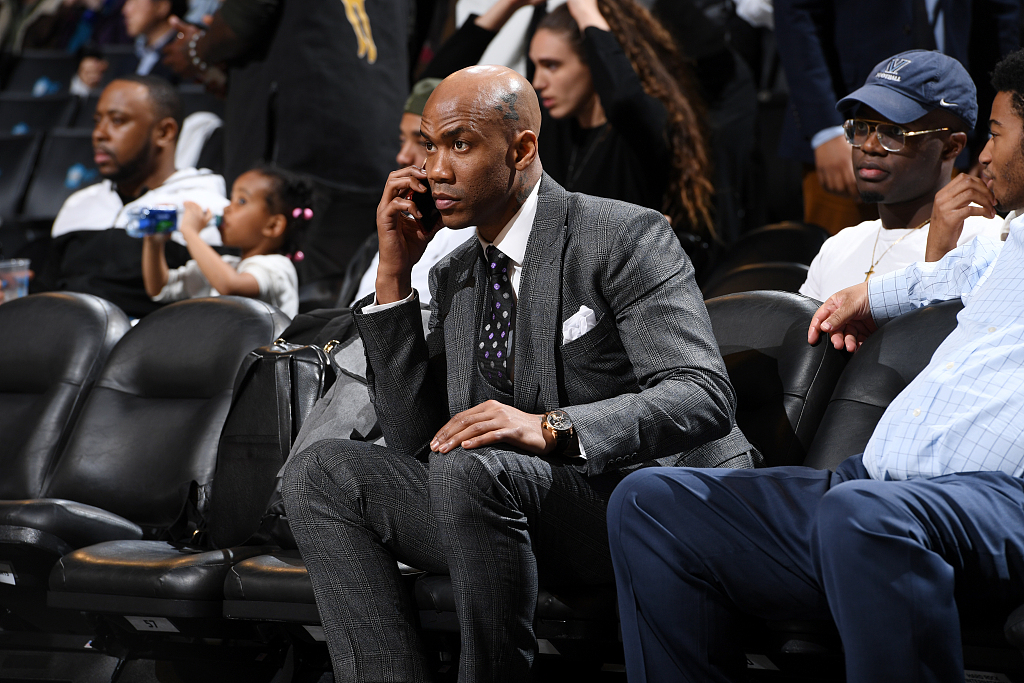 Stephon Marbury is seen court side during the game against the New York Liberty and the China National Team on May 9, 2019 at the Barclays Center in Brooklyn, New York. (Photo: VCG)

The basic framework has been formulated and a detailed contract is expected to be finalized this week.

Marbury was selected as the fourth overall pick in the 1996 NBA draft by the Milwaukee Bucks, and was immediately traded to the Minnesota Timberwolves. The two-time NBA All-Star played in the NBA from 1996 to 2009 for New Jersey Nets, Phoenix Suns, New York Knicks and Boston Celtics.

His career continued in China as he played for CBA clubs Shanxi Zhongyu and Foshan Longshi from 2010 to 2011. The scorer then became the superhero for Beijing Ducks starting in 2011. Averaging 25 points per game, he led the Beijing Ducks to three CBA titles from 2012-15 and enjoyed a loyal fan base. However, in 2017, he parted ways with the Beijing Ducks and joined another Beijing-based club Beijing Beikong. On February 11 2018, he announced his retirement from basketball.

Marbury has shown genuine superstar charisma in China and contributed hugely to the development of Chinese basketball.