Italian authorities on Thursday unveiled a stolen artwork by the British artist Banksy that was painted as a tribute to the victims of the 2015 terror attacks at the Bataclan music hall in Paris. 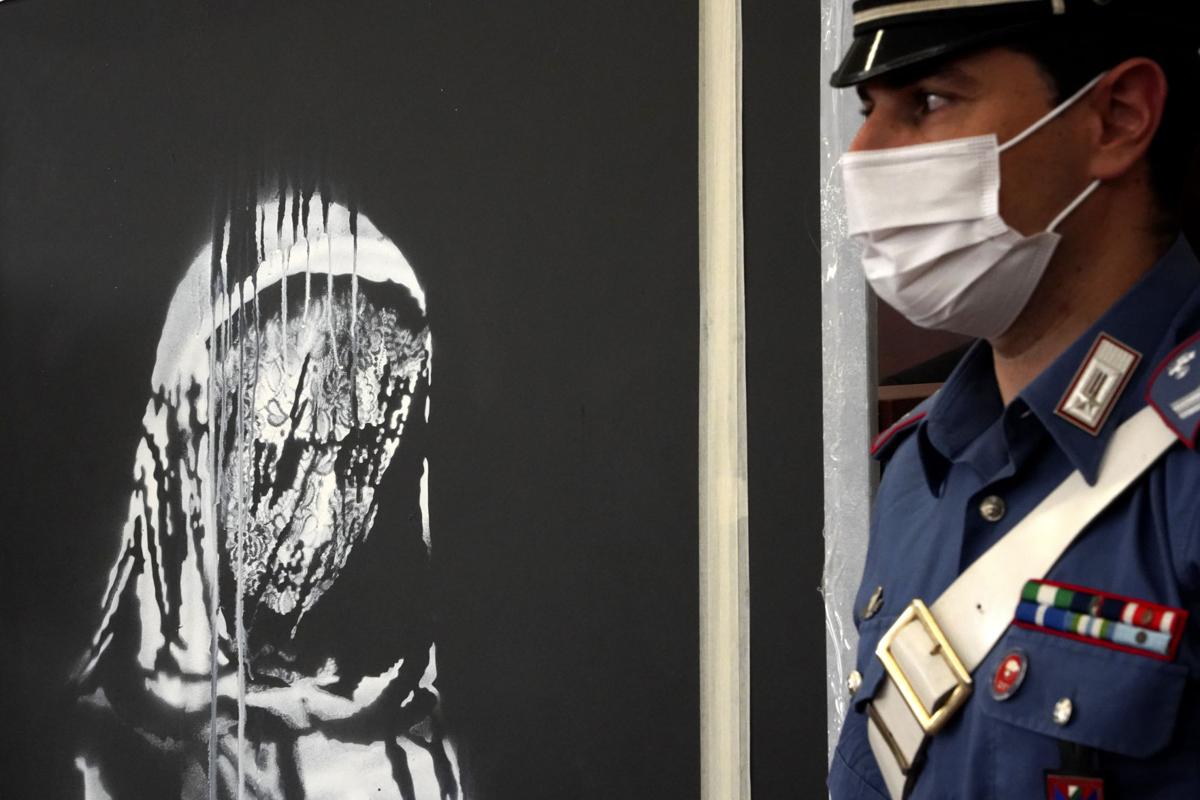 Italian authorities unveil a stolen artwork painted by the British artist Banksy as a tribute to the victims of the 2015 terror attacks at the Bataclan music hall in Paris, during a press conference in L' Aquila, Italy, Thursday June, 11, 2020. (Photo: AP)

L'Aquila prosecutors said the work was recovered on Wednesday during a search of a home in the countryside of Tortoreto, near the Adriatic coast in the Abruzzo region's Teramo province. It had been "hidden well" in the attic, prosecutors said.

No arrests have been made.

French officials last year announced the theft of the piece, a black image appearing to depict a person mourning that was painted on one of the Bataclan's emergency exit doors.

Ninety people were killed at the Bataclan on Nov. 13, 2015, when Islamic extremists invaded the music hall, one of several targets that night in which a total of 130 people died.

Authorities said they were still investigating how the artwork arrived in Italy and the role of the Italians involved. They said the discovery was the fruit of a joint Italian-French police investigation.

At a news conference Thursday, Teramo Carabinieri Col. Emanuele Pipola said the Chinese nationals who were living in the home appeared unaware that the work was there. But he said someone else had access to the attic.

L'Aquila Prosecutor Michele Renzo said authorities believed the motivation for the theft was economic, not ideological.