CULTURE Stories painted on bark: Aboriginal art from Australia on display in Beijing

Stories painted on bark: Aboriginal art from Australia on display in Beijing 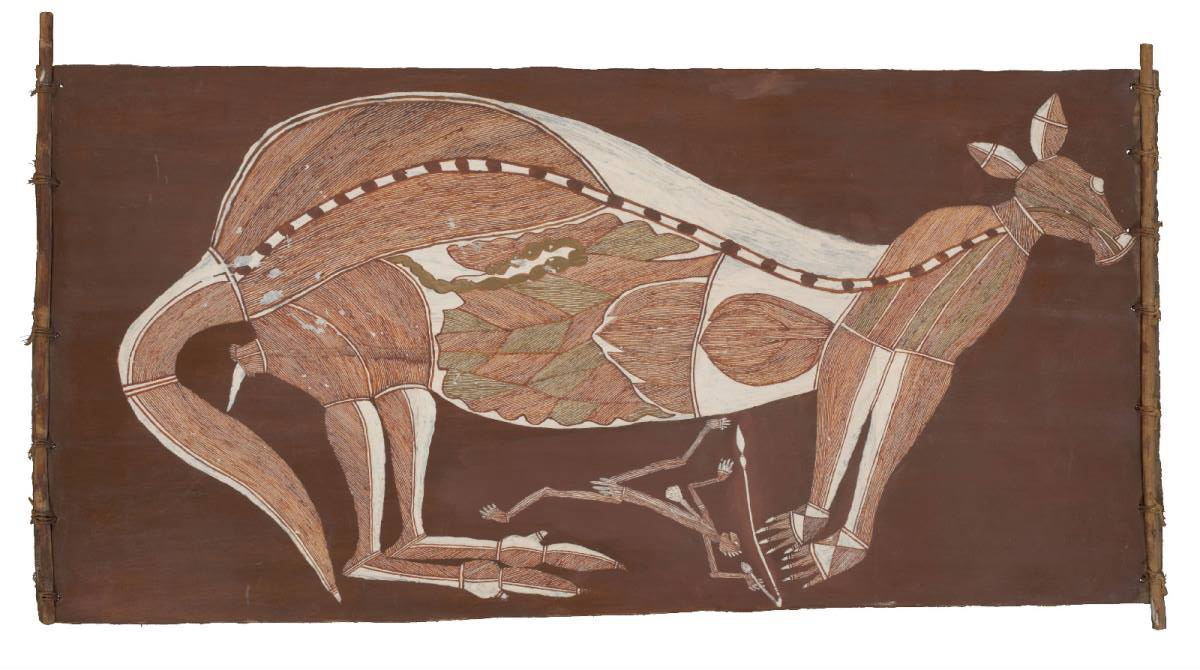 Like almost aboriginals living in Australia, Arnhem Land people don't have a written language, so they have recorded their sacred and secular life and history with rock paintings or bark paintings.

The bark is stripped from eucalyptus trees during the wet season, then cured over the fire and flattened under weights. Paint is made from red and yellow ochre, charcoal and white clay.

It may be hard to decipher many of the paintings, but according to their descriptions, we know they are about their gods, rituals, huts and natural phenomena like fire and floods.

Although the earliest bark painting still in existence now dates back hundreds of years, the designs and patterns on the paintings hint at the very beginning of the Aboriginal people because the patterns have also been painted on people, dead bodies, and coffins.

Aboriginal and Torres Strait Islander Community have inhabited the Australian continent for at least 65,000 years. Their rich and diverse culture is reflected in the barks' intricate designs.

This Old Master bark painting exhibition was first exhibited at the National Museum in Canberra in late 2013. It's the first time the exhibition is touring outside the museum and the country.

"And it's a testament to the collaboration between the National Museum of China and the work of my staff of National Museum of Australia have done in recent years. These are the treasures of our nation when you want to open your heart to friends; you share the things that mean the most to you,” he added.

All works presented at the exhibition were created between 1948 and 1985. That's after missionaries, anthropologists arrived in the region, and they bought a lot of works from the people who made this art known to the outside world.

Late masters featured at the exhibition include David Malangi, whose image of the burial of an Ancestral Hunter was reproduced on the country's one dollar note, and Nguleingulei, whose paintings were reproduced on the 75-cent Australian stamp.