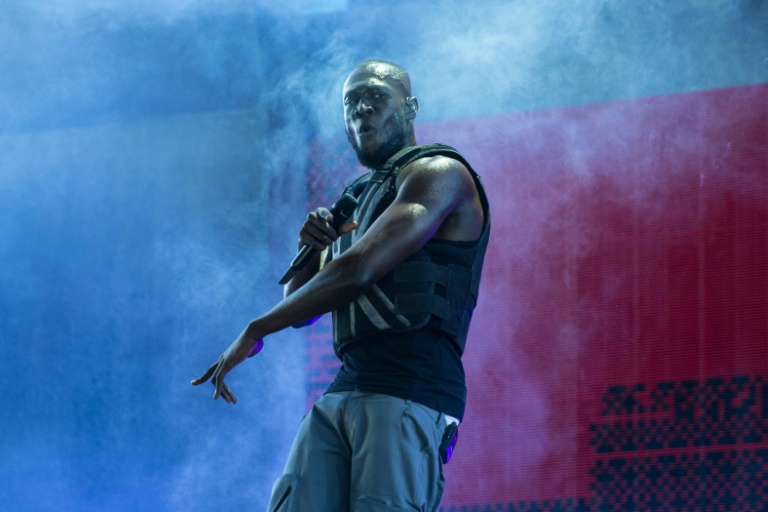 British grime star Stormzy made history before throbbing crowds at the Glastonbury music festival this weekend -- but it was Tara Asher, his sign language interpreter, who may have stolen the show.

Footage of Asher swaying, rocking and mouthing along Stormzy's performance Friday of the uniquely London style of rap lit up social media and gave new recognition to the art of bringing music to the hard of hearing and the deaf.

"I live in London so I understand what the slang means," said Asher, who was one of two interpreters working the crowds when Stormzy became the first black UK solo artist to headline the annual event in its 49-year history.

"The struggle with specifically grime music is the speed and also the double meanings and metaphors because, at first listen, you won't understand the underlying threads throughout the song," the 30-year-old told AFP at the gig.

"So it's kind of unpicking and unpacking the song and ensuring that you deliver that message that the artist is trying to get across."

Still only 25, Stormzy is a cult figure in the British grime scene, which blends Jamaican dancehall and hip hop for a pulsating, hard-edged sound that first electrified London nearly two decades ago.

Stormzy's biggest hits now appear in TV ads and blast out of cars cruising past London clubs at night.

He is also celebrated for spearheading the fight for racial justice, creating his own scholarship for black students admitted to Cambridge and seeking fair representation of minorities at other universities.

But freelance poet Danna Williams, who is in her 30s, never had a chance to experience Stormzy's magic spell because she cannot hear -- until Tara made it happen on a hot, steamy night.

"I felt the vibrations. I was watching his attitude and is message. I really, really enjoyed it."

Asher performed from a separate stage that drew around 50 people with troubled hearing who trekked to the annual five-day celebration of sun, mud and music on a southwestern England field.

She is not terribly pleased about the arrangement because it moves deaf people to the back and away from the dancing throngs.

"Actually, in America they are much more advanced than us, (deaf people) have much more of a legal standing," said Asher.

"But it's better than nothing."

Fans like Zoe McWhinney, a 22-year-old theatre student, were still thrilled about the whole thing.

"You can see the interpreter, but you also have the screen in the background and so it's quite easy to actually watch both at the same time," McWhinneys said.

"My focus was mainly on Tara and that's the reason why I enjoyed it so much."

Behind all the energy and enthusiasm of Asher's interpretation of street music lie years of hard work and study that few others have dared do.

She has been a professional for 11 years now and doing music festivals for the past four.

She went into Friday night having learned 21 of Stormzy's songs.

But every show is different and Asher just has to go with the flow when artists take their songs in a new direction or play something completely new.

"The biggest issues that we have is that I don't know what they're going to do, I don't get a set list so it's a guessing game," said Asher.

The main thing, she continued, is to study the performer and have a feel for how the show will go.

"Preparation in terms of music interpretation is so important," Asher said.