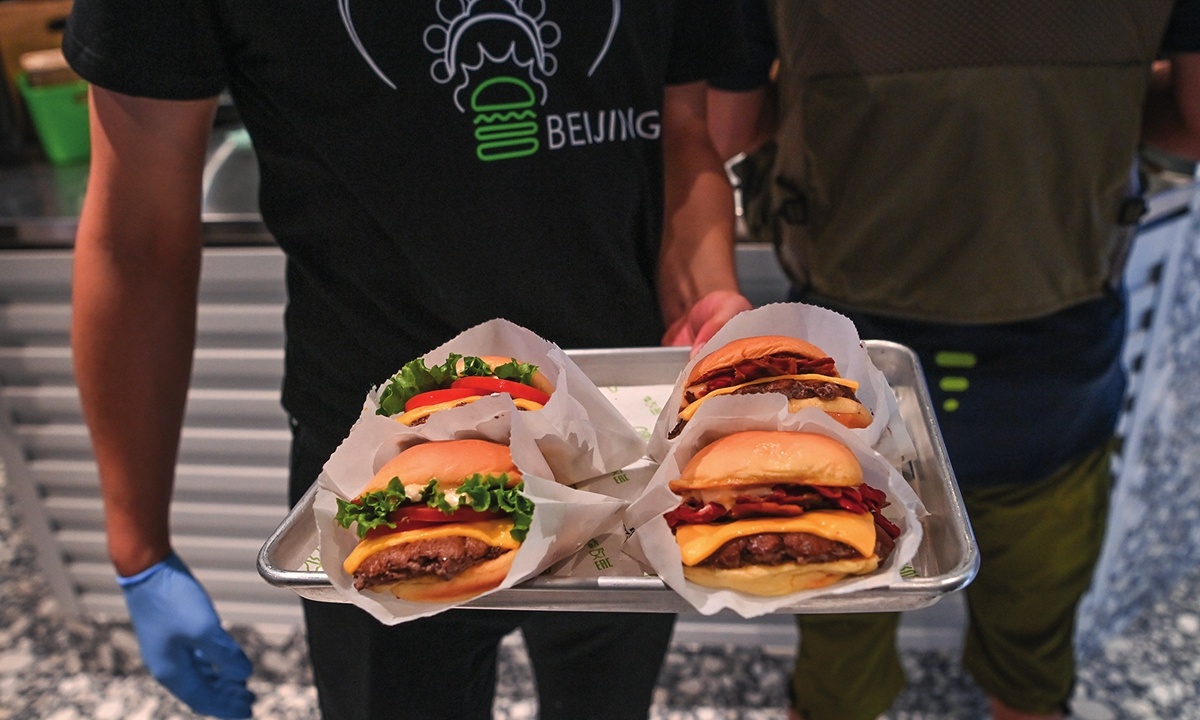 People line up in front of the newly opened Shake Shack in Beijing on Wednesday. Photo: IC 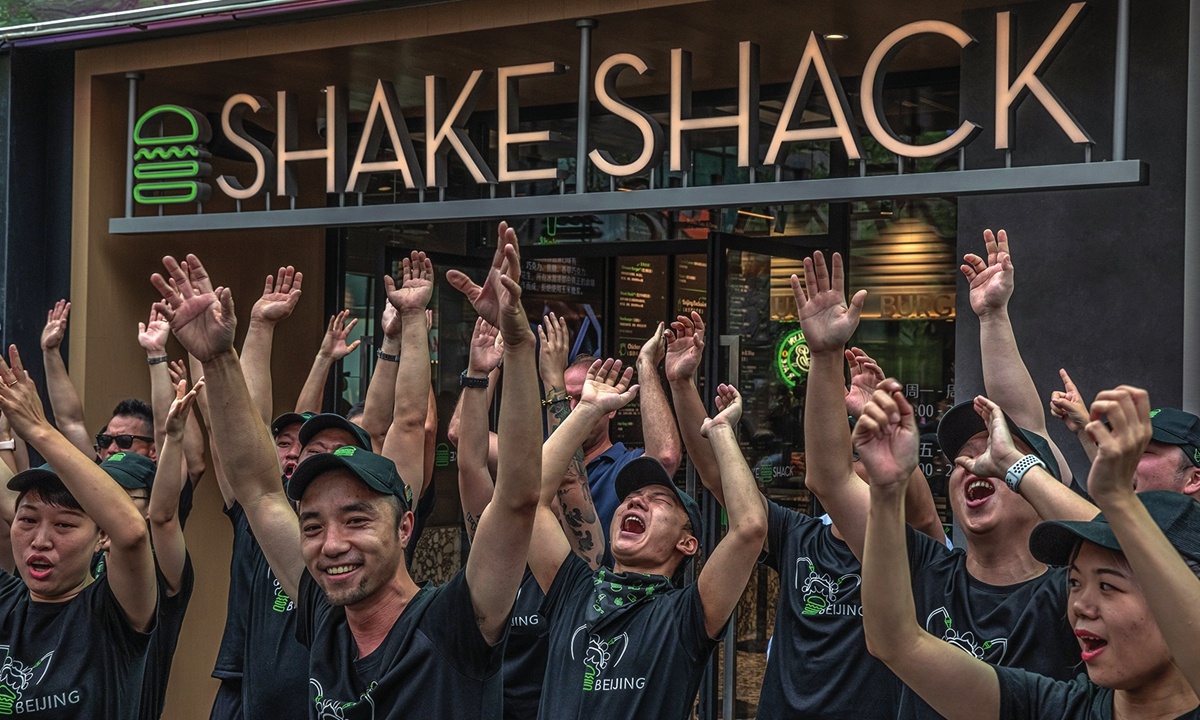 Unaffected by the pouring rain in Beijing and strife between China and the US, famous US burger brand Shake Shack welcomed burger lovers, some of whom were standing in line for hours, on its opening day in the capital.

Several enthusiastic burger fans told the Global Times on Wednesday, the opening day, that they waited three or four hours to try the burgers from this US store. Even the heavy rain, which triggered the city's yellow alert for rainstorms, failed to stop burger lovers from coming.

A local resident in Beijing surnamed Chen, who used to be a regular customer at Shake Shack when she lived in New York years ago, told the Global Times that "it's one of the best burgers in New York; you can never get enough."

The outlet also rolled out some Beijing-specific dishes, including a milkshake based on tanghulu (a traditional Beijing street food), and a little welcome sign featuring one of Beijing's iconic greetings, Chi le ma? (Have you eaten?).

"It's lovely to see such a cultural fusion, where Beijing meets New York," a Beijing resident surnamed Wang told the Global Times.

One woman told the Global Times that a cheeseburger and fries cost around 90 yuan ($13), slightly cheaper than in the US. Beijing is the second city the franchise has entered in the Chinese mainland. Its first Chinese mainland store opened in Shanghai in January 2019.

Amid deteriorating bilateral relations between China and the US, some netizens asked if the opening of the new US burger outlet would be overshadowed, and even questioned whether the opening would go ahead.

"I was wondering why Chinese haven't started to boycott US brands?" asked one netizen.

"The public attitude toward quality US brands remains the same despite the diplomatic tension, and Chinese people are still willing to accept US brands, which also shows a more rational attitude," Chen said.

A 20-year-old Chinese student waiting in line in front of the store told the Global Times that the US should change its attitude toward China. However, Chinese people's anger should not target US companies or restaurants, partly because there are a lot of Chinese people working in those places.

Apart from Shake Shack, another famous US fast food chain, Taco Bell, is also slated to open a Beijing branch at the end of August.

A poll launched by the Global Times, which received more than 146,000 responses by Tuesday afternoon, found that 31 percent of respondents said they "used to like the US, but less now," and 36 percent said they had "never liked it."

Another 27 percent said that they admired its advanced science and technology, as well as its rule of law, but not its policies toward China.

Newspaper headline: Shaking it up