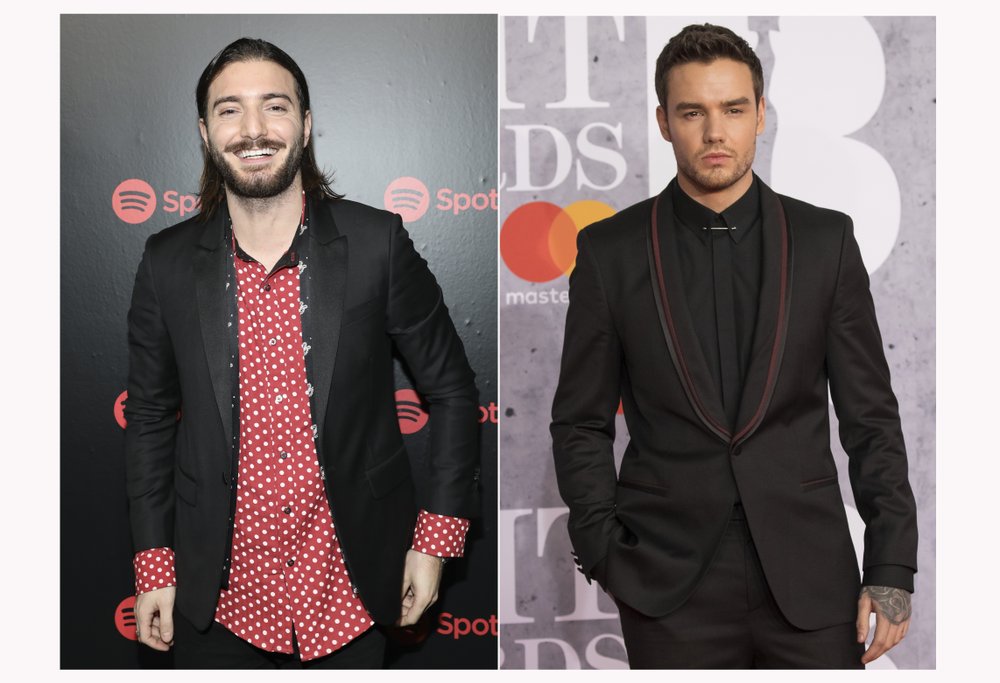 The coronavirus has halted many plans in the music industry, from tour cancellations to album pushbacks, but it didn’t stop Grammy-nominated DJ-producer Alesso and former One Direction singer Liam Payne from filming a new music video.

The pair joined forces for the new dance song “Midnight” but couldn’t film a typical music video because of social distancing, quarantining and being homebound due to the spreading virus. So Alesso went into the Los Angeles studio where he originally created the track to film his portion while Payne, who lives in London, had a friend film him singing on his balcony.

The result is a clean, simple clip that could pass for a video that was not made with limitations. “Midnight” was released Wednesday.

“It was nice just to make a video with a lot less noise around it — music videos are always so busy,” Payne said in a phone interview with The Associated Press this week. “For me personally, just to be able to go outside my house, perform a song on the balcony and just sing it the way I wanted to perform it rather than have people telling me how to move or what to do, or anything like that. It was very much our video and I’m proud of that.”

“It’s kind of refreshing to just see Liam perform and me just working on the song,” Alesso added. “That’s really how we do it, you know? And kind of let the song have the shine. For me, it was refreshing.”

“Midnight” is relationship song about coming together. But the performers said with the impact the coronavirus has had around the world, the song has taken on a special meaning.

“We’re all learning new things about our spouses and spending so much time together with them, people overcoming such massive things in the world together. I think that definitely lends a hand toward the song as well and how you overcome these sorts of things,” Payne added.

“Midnight” is one of many songs the 26-year-old Payne has released since One Direction went on hiatus in 2015. He dropped his debut album “LP1” in December and hit the Top 10 of the Billboard Hot 100 chart with multi-platinum hit, “Strip It Down.” The English singer has also collaborated with J Balvin, Zedd, French Montana, A Boogie wit da Hoodie and Rita Ora.

Alesso, who is Swedish, has cracked the Top 40 with the platinum hits “Heroes (We Could Be),” featuring Tove Lo, and “Let Me Go,” with Hailee Steinfeld, Florida Georgia Line and Watt. The 28-year-old has also had success as a remixer, even earning a Grammy nomination for his house version of OneRepublic’s “If I Lose Myself.”

Alesso had been looking for a singer to perform on “Midnight” and was happy Payne jumped onboard: “He added his incredible flavor to it. It really turned out incredible.”

The artists say while at home, they’re continuing to be creative. Alesso is working tirelessly in the same studio where he produced “Midnight” and filmed the song’s video.

“I work like 10 times more now because I have more free time. My creativity really flows better now because I’m just home and I’m not distracted by touring and that kind of stuff,” said Alesso, who added: “I also, of course, sit and play a lot of video games and watch a lot of Netflix.”

Payne says he’s been busy “drawing, sketching artwork, painting stuff.” He’s also been giving back to his community by donating 360,000 meals to food banks in need during the pandemic through the charity The Trussell Trust.

He hopes “Midnight” — the song and video — can have a positive impact on people.

“It’s important at this time to step out there for our fans. While everyone’s stuck at home and self-isolating, I just think it’s important to still have stuff coming through to bring a little bit of sunshine to everybody’s day,” Payne said.