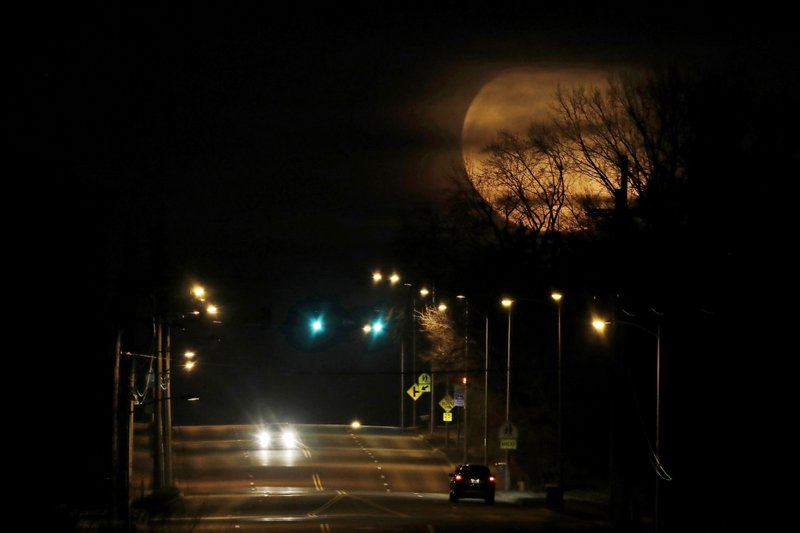 In this March 10, 2020, file photo, vehicles are dwarfed as the nearly full moon rises in the distance in Shawnee, Kan. (Photo: AP)

Stuck at home this week? The planets and our moon are providing some early morning entertainment.

Mars, Jupiter, Saturn and a crescent moon will be clustered together in the southeastern sky just before daybreak. Mercury will peek above the horizon.

All this is happening amid the earliest March equinox in 124 years.

This is also a good time to spot Sirius, the brightest star in our night sky. Barely 8.6 light-years away, Sirius is especially brilliant this time of year. It’s also known as the Dog Star because it’s in the Canis Major constellation.